Star Swims Under The Stars 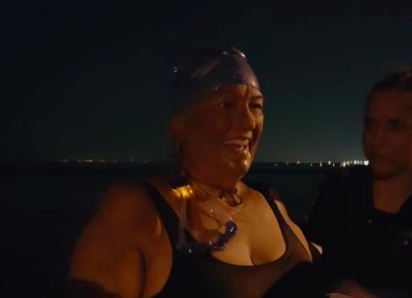 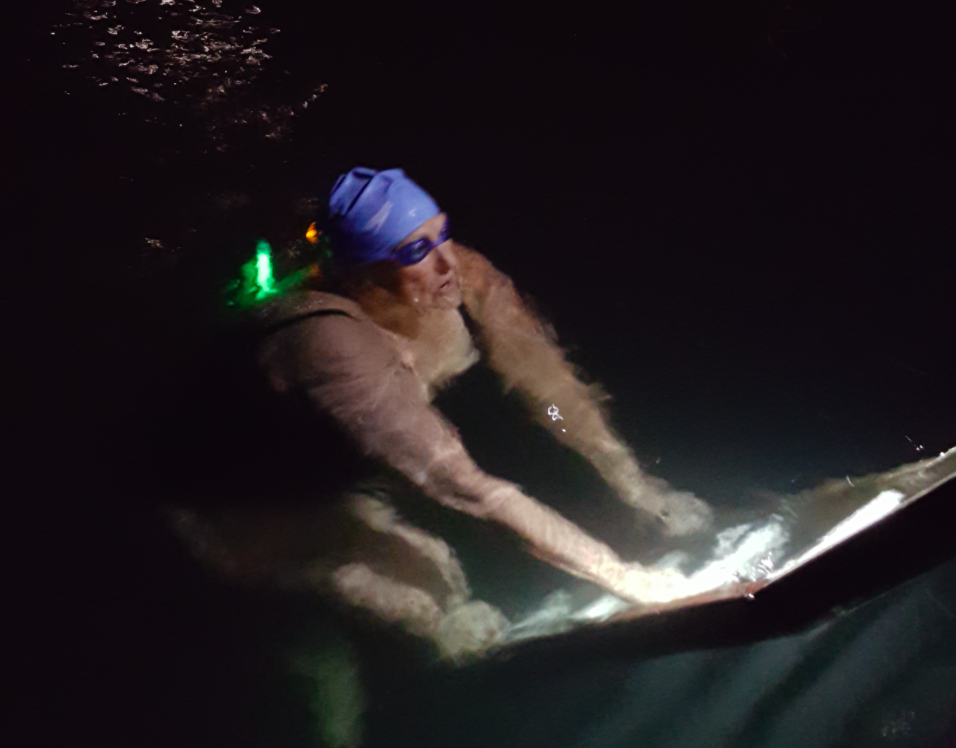 At 66 years and 209 days, the nursing professional became a member of the 24-hour Club, broke the record of Colleen Shields, who was 62 years old when she swam Lake Ontario for the third time in 2014.

We started the swim as soon as the winds died down. The northerly head winds started 3 hours after Pat finished
.”

Unfortunately, the east winds the day before left the lake in turmoil, with 2-3 foot rollers throughout the swim and strong shifting circulation pattern currents, especially in the middle and both shores of the lake. The water temperature averaged in the low 60°F’s, but there were lengthy patches of water in the 50°F’s. The water was 54-57°F for the last 3 hours, due to near shore upwelling in Toronto.

Gallant-Charette said, “This was one of my top 3 toughest swims. In fact, I felt closer to hypothermia than in the North Channel [between Scotland and Northern Ireland].”

Her escort team was experienced, deeply experienced. Escort boat captain Christine Arsenault, who has done the swim herself, said, “It was an incredible swim.” John Scott, the speed record holder who swam across Lake Ontario twice, drove the Zodiac alongside Gallant-Charette.

Korzekwa, who has swum Lake Ontario twice, said, “Few people in the world could have swum the lake in those conditions.”