Start In The Morning, End At Midnight Two Days Later 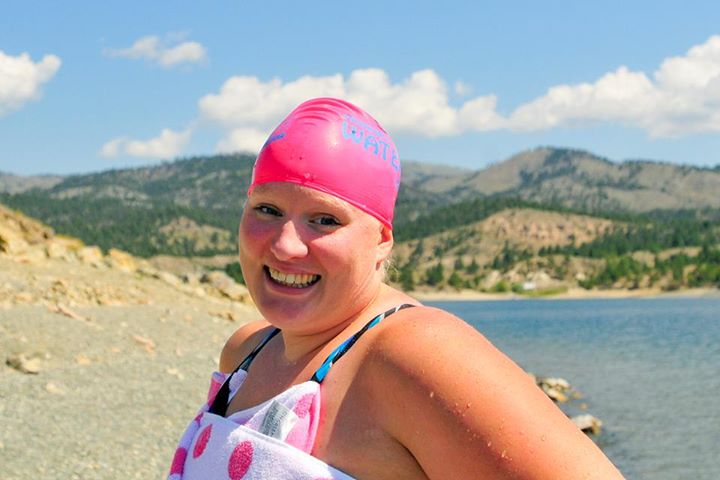 Emily von Jentzen will begin her 70-mile (112.6 km) solo marathon swim across Canyon Ferry Lake in Helena, Montana at 3:30 am next Sunday.

The 29-year-old swimmer expects her unprecedented attempt will take her between 40-44 hours of non-stop swimming. That is whole lotta swimming in many hours of darkness.

But the full-time attorney is about as bright as can be as she gears up for the Canyon Ferry Lake crossing.

Next Sunday is the scheduled start for her Swimming for Carter’s Cause: Four Paws event. For two straight days, von Jentzen will be out in the lake making her way from one side to the other.

Her nutritionist Jennifer Brunelli has plotted a feeding schedule every 30 minutes. Over at least 80 cumulative feedings, von Jentzen will consume electrolyte drinks alternating Cytomax and Powerade with solid food on the hour with water. Jennifer Brunelli, a former world-class swimmer, advises a variety of solid food options between 40 and 65 grams of carbohydrates including fruit, pasta and crackers.