Stéphanie Horner On A Roll Heading Into Rio 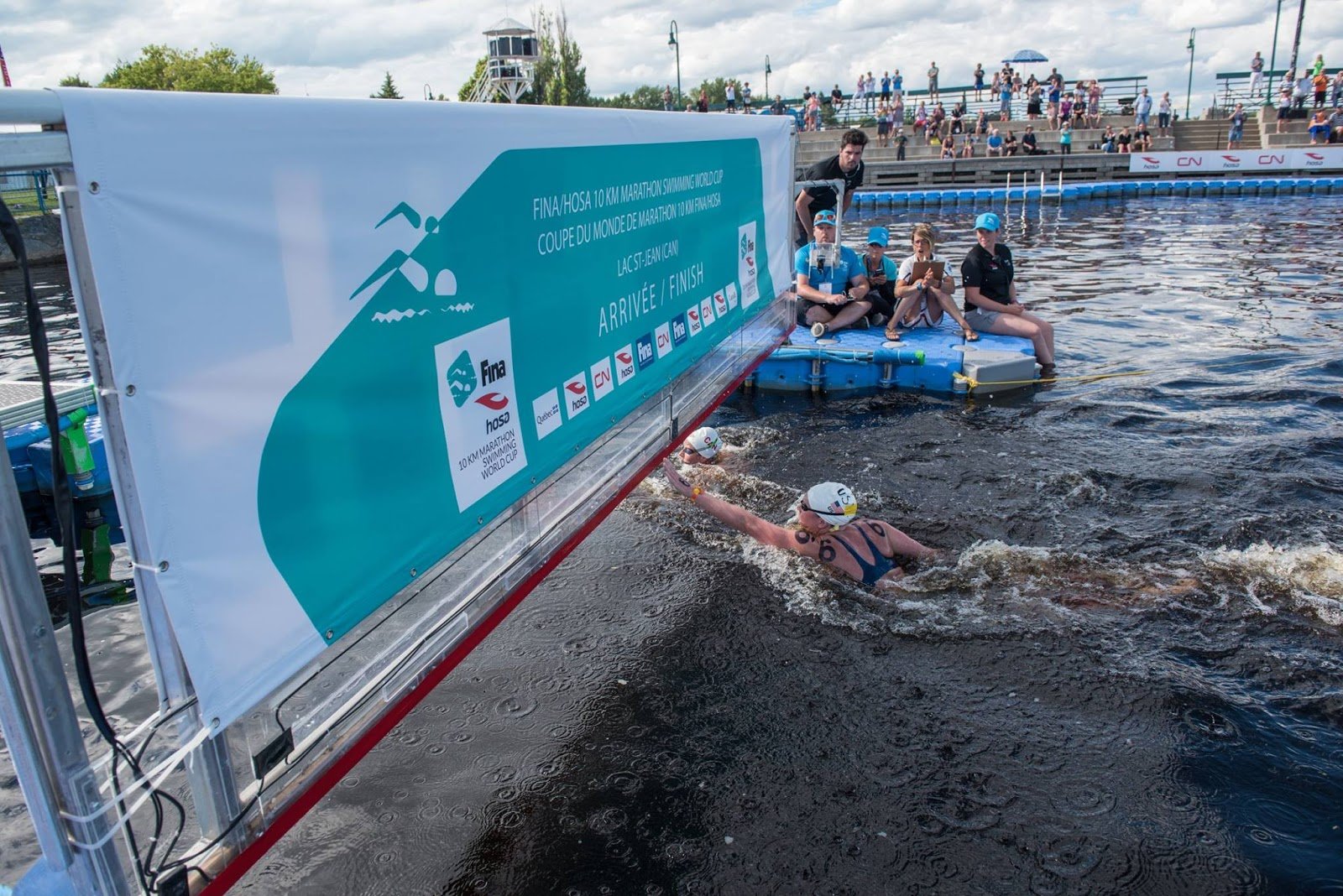 If there was a race on the FINA/HOSA 10K Marathon Swimming World Cup circuit for Stéphanie Horner to win, Traversée internationale du lac St-Jean is it.

And if this is a good time to start winning 10 km races, now is the time as Horner is prepping for the Rio Olympics 10 km marathon swim.

Horner, who has quickly transforming herself from an elite pool swimmer to a competitive world class open water swimmer, won her first 10 km race against international competition, maintaining a controlled pace to win in 2 hours 6 minutes 15 seconds. The Québec native just out-touched American rival Emily Brunemann in 2:06:16 [shown video above] and the German veteran Angela Maurer in 2:06:20.

“Overall, that was my first 10 km race that I’ve ever won, so I’m very happy about that,” said Horner who swam in the 2008 and 2012 Olympics in the pool and is in her third Olympics after qualifying for the 10 km marathon swim. “I didn’t know I would be that strong. What I was really focusing on was using today as a steppingstone for Rio, rehearse how I would swim in Rio, my tactics and what not. I was in control and wasn’t at that [physical] threshold where you get scared.

Going into Rio, I’m probably 22nd or 23rd out of 25 [finalists]. My coaches think if I’m top 15 that would be really good for me. I’m new to the sport. It’s definitely encouraging. It’s a boost. We don’t race in Rio until August 15th, so that gives me like an extra week and a half to train and work on tactics
.”

Jade Dusablon finished fourth in 2:06:55) and Canadian teammate finished sixth in 2:09:04. Both Dusablon and Siwicki are being considered by Swimming Canada’s selection committee for the 2017 FINA World Championships.