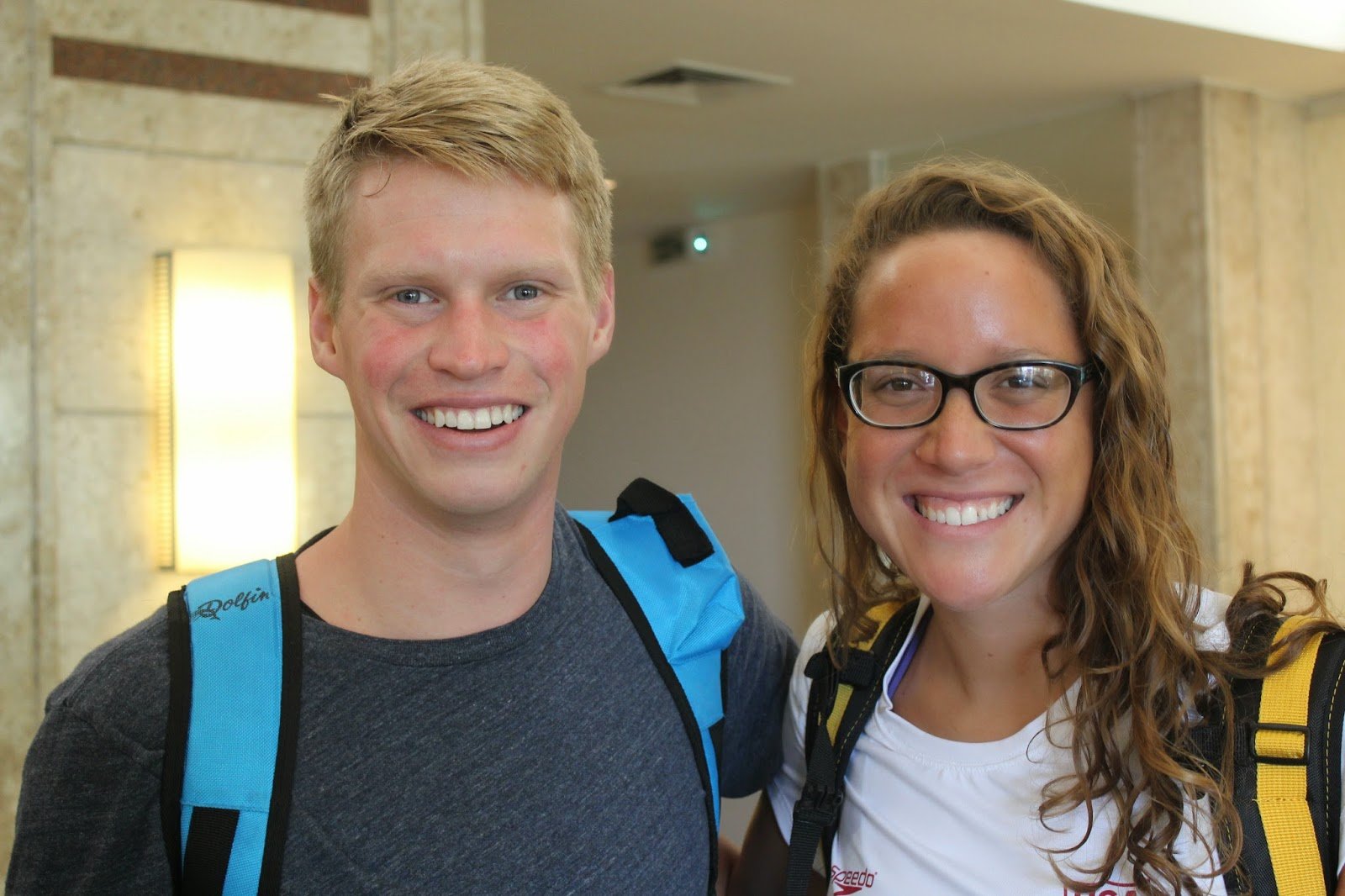 Stephanie Peacock, one of America’s top distance freestylers, is shifting gears and going in reverse.

The NCAA champion graduated from the University of North Carolina and is participating in the King and Queen of the Sea (Rei e Rainha do Mar) in Rio de Janeiro, Brazil this weekend.

Peacock left her hometown of Fort Myers, Florida and her age group swim team, Swim Florida, to attend the University of North Carolina. “I fell in love with the campus when I saw it. I could really see myself studying there,” she explained why she made her collegiate decision to become a Tar Heel.

“Rich DeSelm is similar to my club coach and he is a really good distance coach. I fell in love with the team.”

She continued to improve throughout her four years in North Carolina. “My training is more mid-distance. For me, not having to real intense distance workouts has been beneficial.”

But upon graduation and winning the NCAA Championships, she decided to turn pro. And she went back to her old age group swimming team under the guidance of Mac Kennedy. “Even during the summers, I always went back to Swim Florida.”

Peacock did not want to see graduation spell the end of her career. “I still love swimming. I couldn’t imagine being done. Plus, my coach at home encouraged me. I also wanted to get into open water swimming and it excites me.”

With an upcoming race in one of the world’s most famous beaches, her excitement is palpable. “Open water is overall just different. The pool can get monotonous. With open water, every race can be different. It is more challenging and more interesting at the same time.”

In local races in Florida, another element of open water has entered her psyche. She can race against men. “In the last race in Sarasota [Florida], I was up there with the men. They are great to draft off of and I like swimming against them.”

Like every profession, she is networking and presenting herself well to partners and sponsors. “I am sponsored by Skins, a compression wear company that has a lot of science behind their products. Compression is good for travel and when I am doing dryland training. The RY-400 speeds up my recovery.

SKOOP, a powdered whole super food, is an awesome product. There are 30 organic scoops in a bag. It is a plant based protein that tastes good and helps with recovery
.”

For her first televised appearance in an open water swimming competition, Peacock will team up with fellow North Carolina alumnus Chip Peterson [shown above on left].

The duo will race in the Grid Race on Copacabana Beach on Friday morning against the national teams from Germany, Spain, Argentina, and Brazil. The Grid Race is a 2-person relay of 500m each which the winning team receiving the pole position at the start of the King and Queen of the Sea race on Sunday.