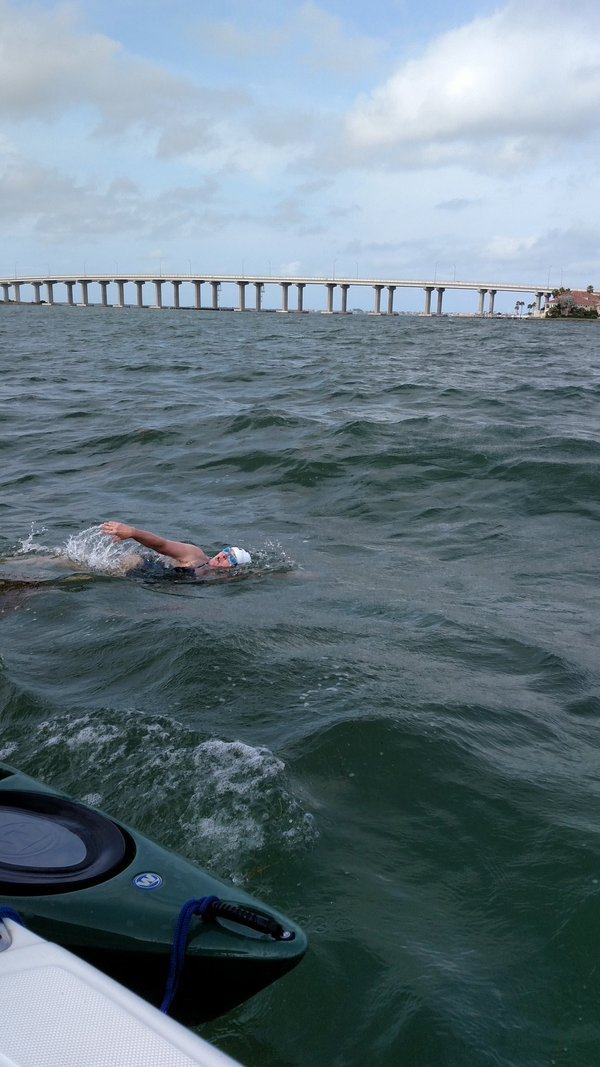 Ron Collins had to call on all his decades of open water swimming experience to handle the situations at yesterday’s 24 mile Tampa Bay Marathon Swim.

Collins reported, “With winds that gradually increased, the conditions led to a change of the cross-bay swim to a safer triangular contingency course.

High winds forced an early end to the 19th Annual 24 Mile Tampa Bay Marathon Swim. After battling for almost 3 hours 30 minutes on an alternate, sheltered course, the marathon swim was halted due to safety concerns for the swimmers, boaters and kayakers.

At the time of the race abandonment, all of the swimmers and relays that started the race were still negotiating the moderate chop off Tampa Bay’s Pinellas Point. The leader was the pre-race favorite, a 25-year-old Stephen Carroll who was able to swim 8 miles by the time race was called off, shortly before 11:30 am.“

“Right out of the gate, Stephen opened a huge gap on the rest of the field. He has a flawless stroke…if I only had half of his technique in my swimming days.”

At the time of the stoppage, Carroll was more than half mile ahead of the next competitor.

Six solo swimmers and 6 relay teams were forced to withdraw from the event at 3 hours and 23 minutes: