Stepping Up To The Challenge At The Eco-SeaSwim 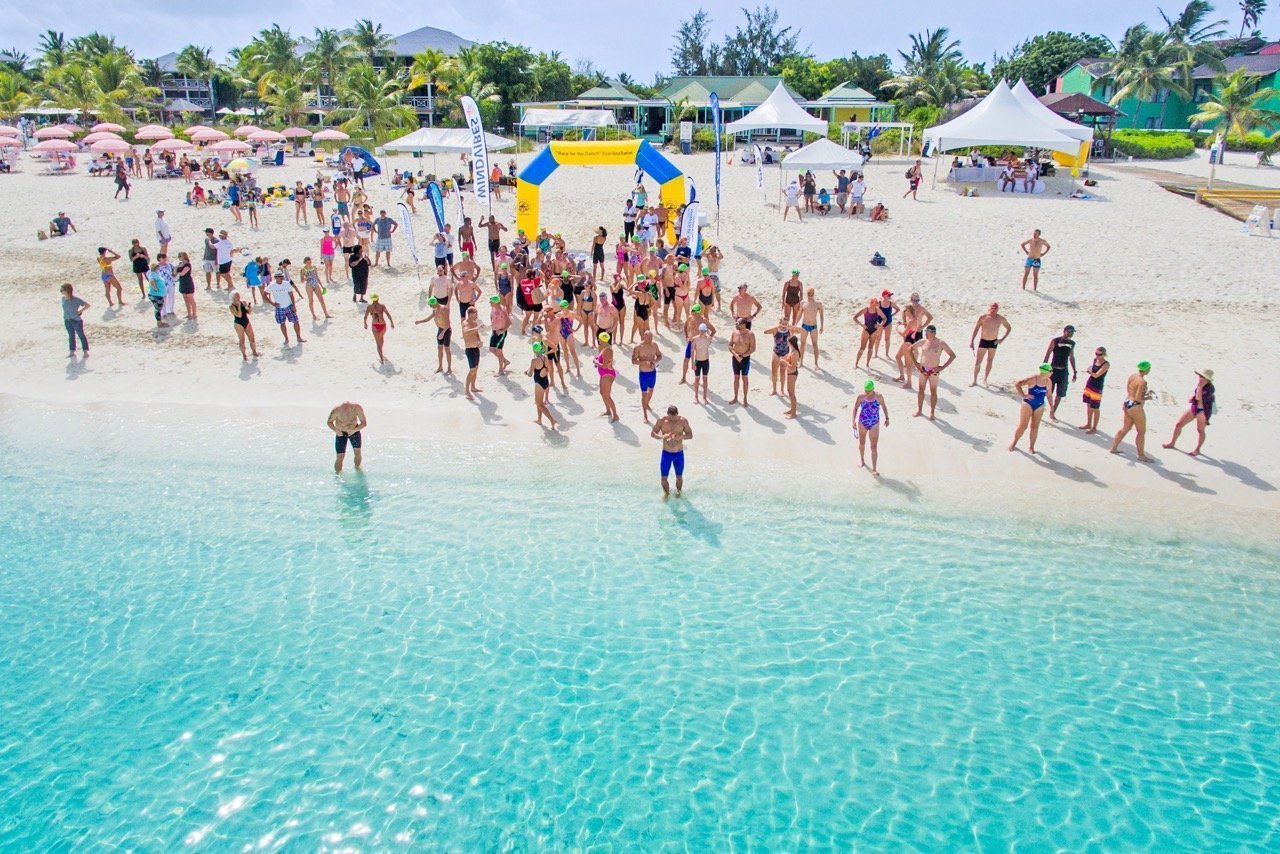 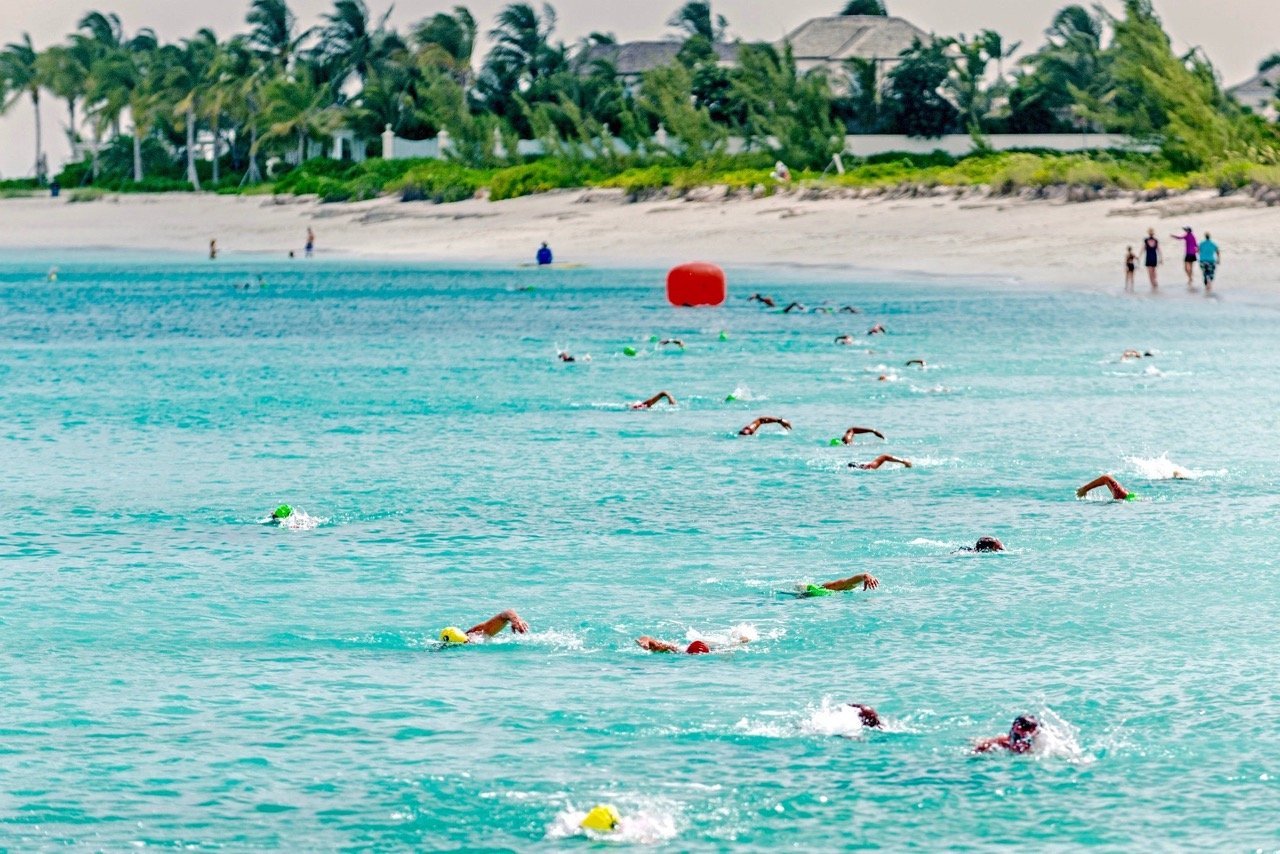 The 7th annual Race for the Conch Eco-SeaSwim was held on July 2nd under perfect conditions for its three beautiful open water swim races in Turks & Caicos. The turquoise water over the 2.4-mile, 1-mile, and 1/2-mile courses saw Mario diFilipo win both the 2.4-mile race in 54 minutes 30 seconds and the 1-mile race in 22 minutes 14 seconds in a pair of exciting back-to-back races where he won by only a few seconds.

“Several pre-teens and young teens entered all races, some doing quite well, ignoring suggestions to hang back so they wouldn’t get in the churn of the bigger swimmers at the start,” said race director Ben Stubenberg. “The next generation of open water swimmers is quite prepared to step up to the challenge.” 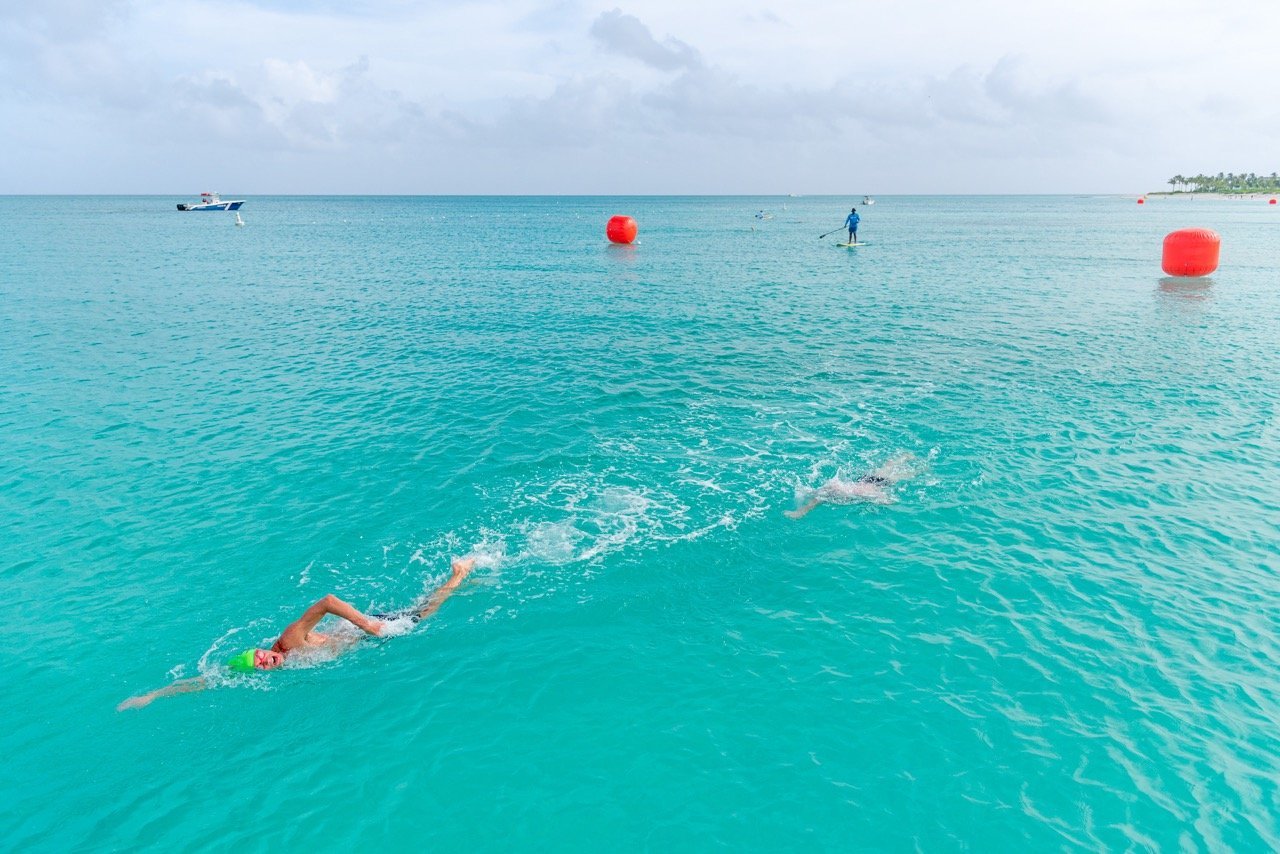