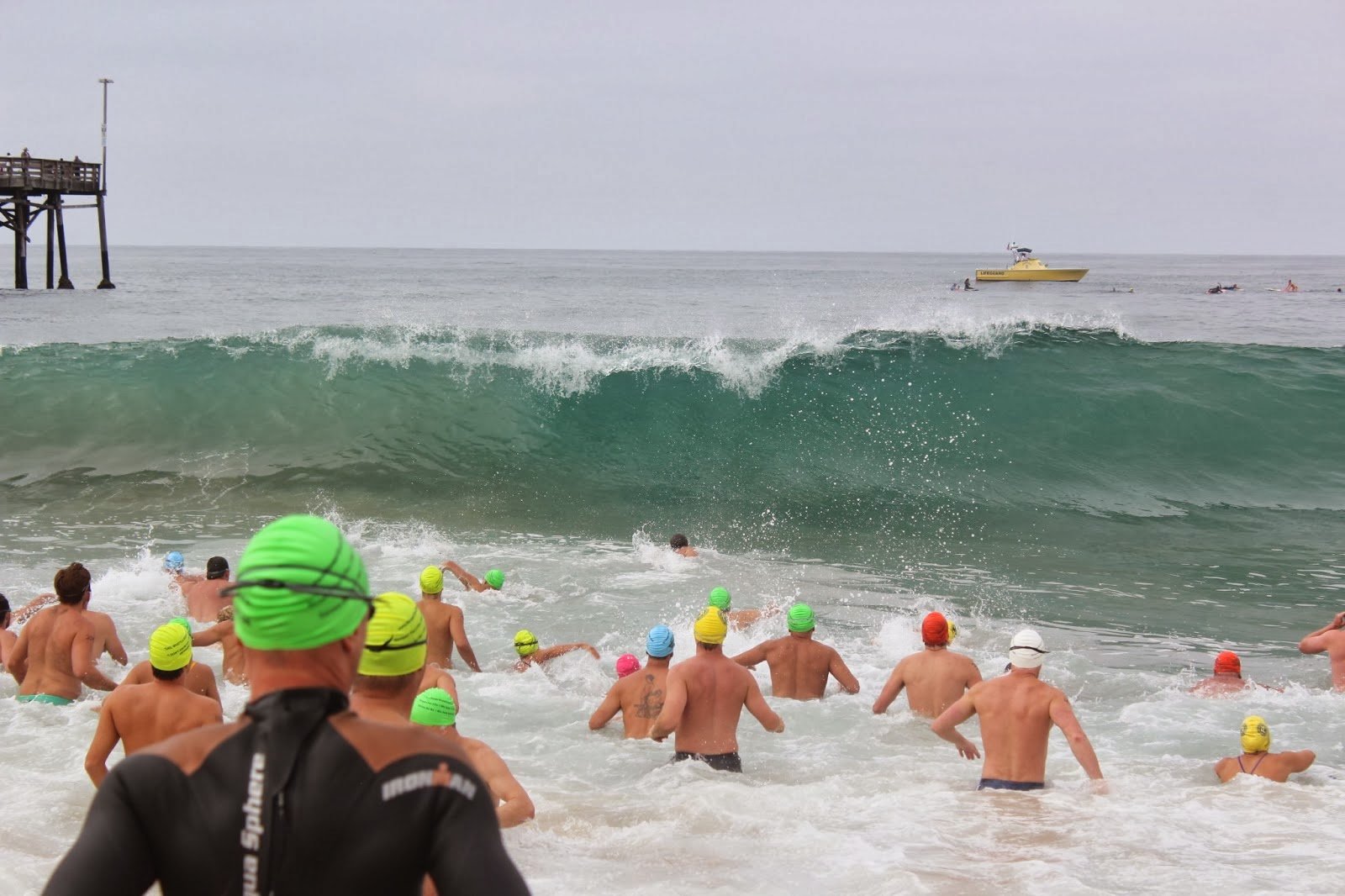 56-year-old triathlete and endurance athlete Steve Sponagle of Laguna Niguel does a variety of sports and branched out to the open water to win the 2013 Southern Pacific Masters Swimming Open Water Series.

On his bike, on the road running, and in the pool and open water, Sponagle is competitive and focused.

Coordinator Tanya MacLean explains, “Thank [everyone] for making 2013 a successful open water season and we look forward to you joining us for 2014.”

The season series was a five-event circuit of all ocean swims where the water ranged from rough and cold to smooth and warm, including point-to-point and out-and-back courses, testing all the various skills of the swimmers.