Steve West Relishes In The Fountain Of Youth 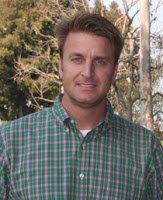 Steve West has been a world-class American breaststroker and surfer for three decades.

At the age of 39, the Huntington Beach, California native and CEO of Project Insight, recently became the oldest American male to qualify for the U.S. Olympic Swimming Trials. In this conversation with Swimming World Magazine, he talks about how he trains and about the potential of older athletes in the water.

His enthusiasm for swimming, surfing and the open water are infectious; his balanced lifestyle is inspirational; and his blazing speed is incredible.

Like many swimmers, West is resourceful, innovative and passionate – about maximizing his potential while finding time to spend in the water. In order to be able to train for the Olympics, he utilized his time-management skills developed over the years through the balance of double workouts and school. After graduating from the University of Michigan, he co-founded a successful custom software development firm that allowed him the flexibility to maximum his land-based and aquatic talents.