Steve Wozniak Had The Heart Of A Champion 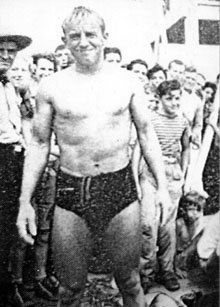 In 1980, Steve Wozniak developed chest pains while training for his second attempt of the English Channel at the age of 64. He went for a medical check-up.

As a result, the former truck driver had heart surgery that required five artery bypasses and an implant of an artificial valve in his heart.

Despite that surgery, he never gave up his dream of crossing the English Channel and continued to train. He worked up to a 9-mile training swim in 1986 in Buffalo Harbor, but at the age of 71, his heart problems resurfaced and he passed away seven years after his heart surgery and seven more years of swimming.

Wozniak was an American open water swimmer who was inducted as an Honour Swimmer in the International Marathon Swimming Hall of Fame in 1979.