Stitched Up, Spencer Schneider Swims For A Loop 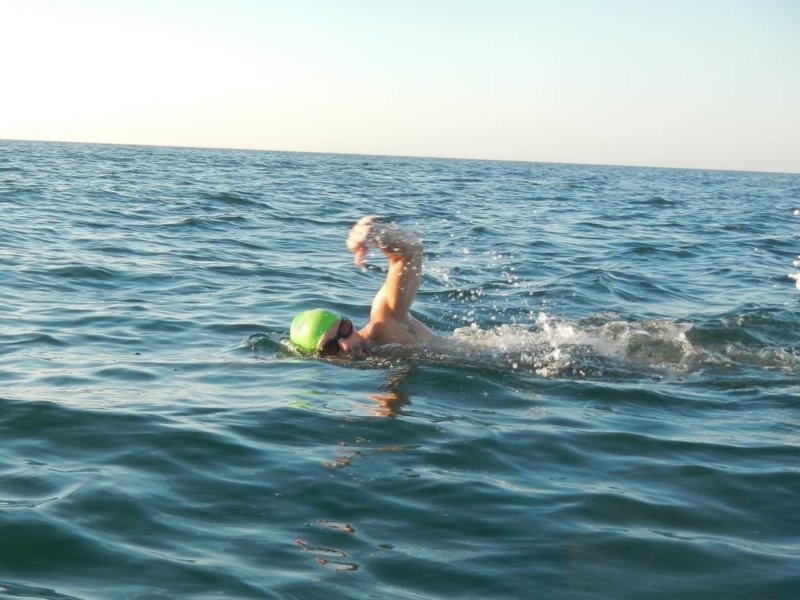 Two days before the 2015 Rose Pitonof Swim from Manhattan Island to Coney Island, Spencer Schneider fell off his Vespa and received 11 stitches to close his wounds. Without his doctor’s permission, Schneider had to pull out of the Rose Pitonof Swim, but he immediately began to plan a swim to replace the missed opportunity.

“I wanted to design a comparable distance to the Pitonof swim, but I couldn’t decide whether I wanted to swim in the ocean or bay,” explains Schneider in his documentation that was presented to the Marathon Swimmers Federation. “I went to the library and took out Mike Bottini’s book Exploring East End Waters: A Natural History and Paddling Guide. The Montauk Peninsula Loop seemed perfect because it combines ocean and bay swimming.”

The Montauk Peninsula, that sits on the far eastern end of Long Island, about 160 km from New York City, is a beautiful potpourri of rugged beaches, sand dunes, coastal and maritime forests, grasslands and shrublands as well as fresh, salt, and brackish wetlands.

Aided by local open water swimmer and kayaker Amanda Foscolo, Schneider plotted an unprecedented course. With Foscolo and her father Gary Husslein escorting him on a tandem kayaker, Schneider experienced the adventure of a lifetime less than five weeks after his Rose Pitonof Swim disappointment.

“[Amanda and Gary] are amazing people, lovely people. And I will always be grateful to them.” Schneider’s pioneering swim is documented in his detailed Montauk Peninsula report posted here on the Marathon Swimmers Federation site.