The Story Of Swimming 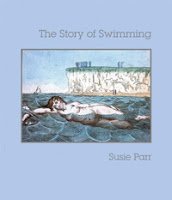 To no surprise who enjoy channel swimming, wild swimming and long-distance swimming, The Story of Swimming tells how medicinal sea-bathing of the 18th century, bathing at Victorian seaside resorts, and swimming across the British Isles has deep roots and a colorful history.