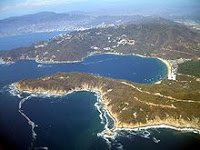 The 5K Acapulco International 2010 Swim, an Acuática Nelson Vargas event, will be held on January 24th, 2010. The 1K, 1.5K and 5K race will be held in beautiful Acapulco Bay with the start at Las Hamacas Beach and finish at Cici Beach where hundreds of Mexican swimmers from ranked FINA pro marathon swimmers to young children, budding triathletes and competitive masters swimmers take part.

For those who are swimming in colder climates, the 5K Acapulco International 2010 Swim is offering a great hospitality deal. 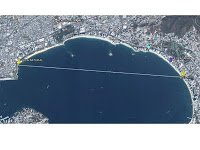 The Acuática Nelson Vargas event offers a stay at the 4-star Hotel Copacabana Acapulco from January 22nd – 24th for US$81 per night (single, double, triple or quadruple occupancy) and a SwiMetrics test.

The SwiMetrics is the same swimming analytical test used by Olympic medalists and world-class swimmers. 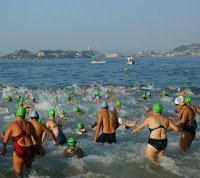 The US$40 entry fee includes insurance, an event t-shirt and admission to the Cici Aquatic Park where the awards ceremony will be held (including park rides and dolphin show). For more information, call +1-800-562-0197 within the USA and ask for code 5K or email [email protected] or go to the 5K Acapulco International 2010 Swim website.