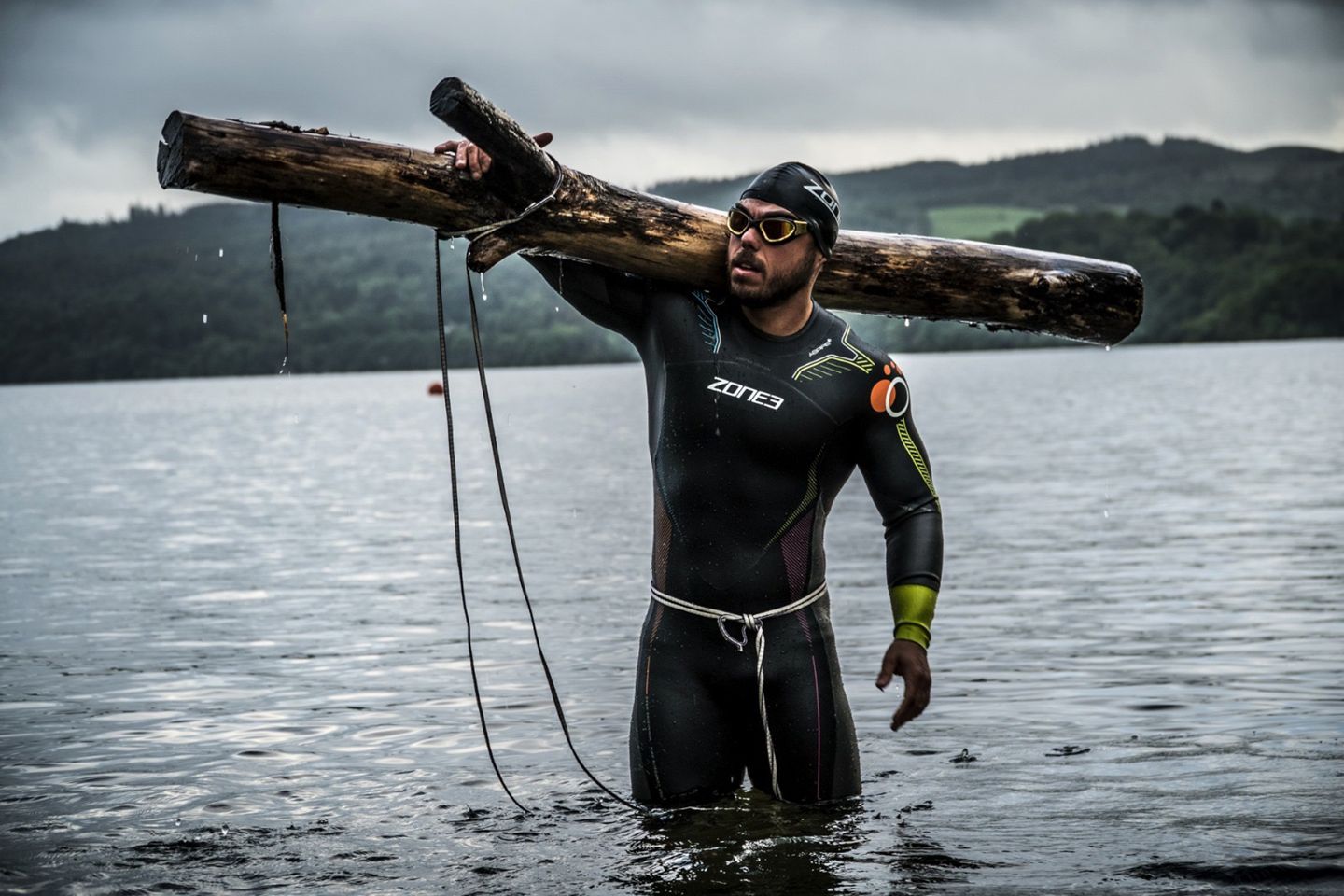 Courtesy of GQ, Windermere in the Lake District of England.

Ross Edgley, the British creator of Strongman Swimming and popular fitness expert, completed his first Strongman Swim at the Great Swim in Windermere in 3 hours 55 minutes.

His particular form of open water swimming requires that the former water polo player swims as he pulls a heavy, 100 lb. log through the water harnessed to his waist.

After his first 10 km Strongman Swim, he is headed this weekend to do a 15 km swim in Newham, London and then next week to Lympstone, England where he will attempt a 16.64 km Royal Marine 1664 Charity Challenge on July 4th.

His fourth Strongman Swim will be performed in Loch Lomond, Scotland on August 26th – which is all a lead-up to his last and toughest 40 km Strongman Swim from Martinique to St Lucia in the Caribbean Sea on November 12th.