Sueño 88 Logistics Across The Sea Of Cortez 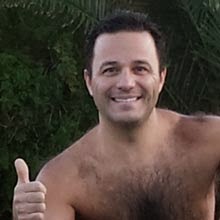 Sueño 88 will attempt to swim 88 nautical miles (101 miles or 163 km) across the Sea of Cortez from the Baja California peninsula to the mainland of Mexico.

Under the escort of captains Vito Bialla, Alejandro Abarroa, and Antonio Caballero, the team estimates it will take a maximum of 50 hours to make the crossing.

Their destination is the Topolobombo buoy on the mainland of Mexico along the shortest course possible, guided by the MARIANA, a 52′ twin diesel cruiser. They will start on June 3rd.

Sueño 88 is an initiative by the Night Train Swimmers and Swim4Good, two organizations that use swimming as a vehicle to raise money for non-profit organizations. Sueño 88’s goal is to raise US$100,000 to benefit Worldreader whose mission is to eradicate illiteracy by delivering the largest culturally relevant library to the world’s poorest people—digitally and inexpensively.