Summers Is Having A Great Time 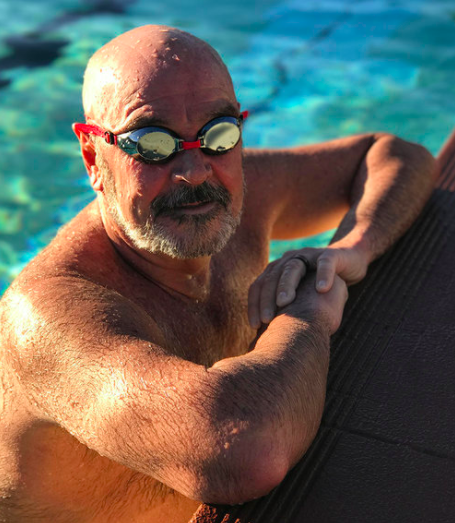 Dean Summers lays it all on the line – and on paper.

After completing the English Channel in 2015 (13 hours 19 minutes at the age of 55), he completed a crossing of the Catalina Channel the next year (in 11 hours 29 minutes), and then knocked off a 13 hour 7 minute crossing of the North Channel from Northern Ireland to Scotland in 2017.

Along the way, he completed the 45.8 km circumnavigation of Manhattan Island and achieved the Triple Crown of Open Water Swimming as well as three Rottnest Channel Swims in his native Australia.

But the 58-year-old is far from finished. He plans on attempting the Molokai Channel in Hawaii in April and the Tsugaru Channel in Japan in July this year. Later, he is booked for an attempt of the Cook Strait in New Zealand and is currently waiting a slot for a crossing of the Strait of Gibraltar in order to complete the Oceans Seven which would make him the oldest man to do so.

On 30 August 2017, he completed a 35 km crossing of the North Channel from Northern Ireland to Scotland in 13 hours 7 minutes 35 seconds for his third Oceans Seven channel.

Three down, four to go.