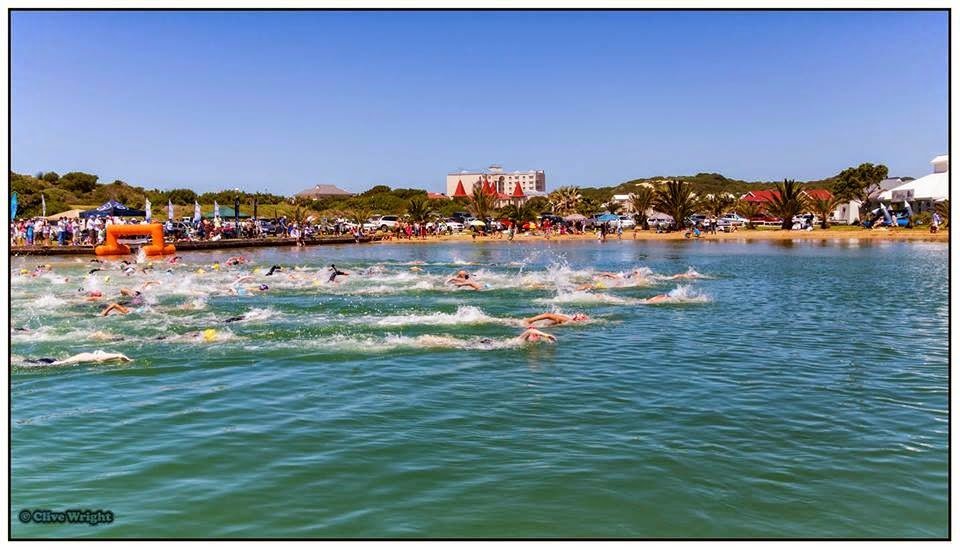 Over 160 swimmers took advantage of the sunny conditions to participate in Round One of the Metsi Open Water Swim Series which took place at Marina Martinique in South Africa’s Jeffreys Bay this past weekend.

First into the 20°C water were the 10 km marathon swimmers with Byron Lockett taking first place in 2 hours 23 minutes and Rebecca Newman first among the women in 2 hours 36 minutes. Iain and Robert Geddes finished in second and third position respectively. Amy Mardon completing her first 10 km swim in a time of 2 hours 56 minutes and took second position in the women’s division.

Daniel Jones won the 5 km event from Dylan Smith with Bradley Reen taking third position in the men’s race. Kirsten Marriot continued her dominance of the 5 km swim in the Eastern Cape as she won the women’s division in 1:11:25 with Hannah Haswell and Tracy Gous taking second and third positions, respectively.

“Veteran swimmer PJ Duffy had a great swim and was not far off the pace set by his younger competitors,” reported event organiser Brenton Williams.

Credence Pattinson won the 1 km swim over Wayne Jones and Kevin Raine, while the top three finishers in the women’s race were Teagen Strydom, Kayla Holtshausen and Bianca Ansley.

“Conditions were excellent for the event, sponsored by Metsi Water Solutions, and there was some great racing at Marina Martinique,” said Williams. “The Aquabear Swim Club from Port Elizabeth is leading the participation league after Round One, followed by BEST. Round two of the Metsi Open Water Swim Series will take place on 16 November at Marina Martinique. Entries have opened at www.swimmingplus.com.”

Photo of the start is courtesy of Clive Wright.