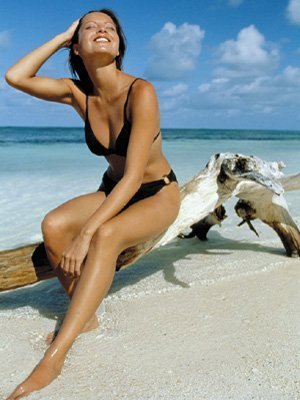 Starting in the summer of 2012, sunscreen — and the way its marketed — will change in the United States.

And this is good news. The changes will correct some examples of consumer misinformation.

In the new FDA (Food and Drug Administration) regulations will eliminate “waterproof” sunscreen. That’s good because, frankly, no sunscreen is actually waterproof. Water resistant, yes. Waterproof, no. Next year, sunscreen companies must report how long their product’s water resistance will last.

Under the new regulations, only broad-spectrum sunscreens that protect your skin from both the UVA and UVB wavelengths of solar radiation with SPF values of 15 and higher can claim to prevent skin cancer. All other sunscreens can only market that they just prevent sunburn.

The changes are consistent with the scientific evidence while the marketing claims are reeled in.

Reynold Tan, Ph.D., an interdisciplinary scientist with the FDA’s Office of Nonprescription Products/Division of Nonprescription Regulation, says there is stronger evidence supporting sun exposure as a cause of squamous cell carcinoma — a type of skin cancer. Even if sun exposure is not the only cause of skin cancer, it appears that it is at least an important cause.

Ocean advocate and open water swimmer Bruckner Chase reminds us that most sunscreens are not environmentally friendly and are harmful to coral reefs. Basically what protects the human skin conducts chemical warfare on marine life. But there are alternatives.

It is estimated that every year between 4,000 and 6,000 tons of sunscreen washes off of tourists during their vacations. This sunscreen contains chemicals and oils that are harmful to the marine ecosystem, particularly coral reefs. In some tourist-dependent resorts around the world, the use of biodegradable sunblock and sunscreen is starting to take off.

When these oils come off human skin and settle on the coral reefs and other marine life, they almost act like an oil slick in the water, creating damage to the delicate ecosystems. The reefs are suffocated, and sunscreens are one of the biggest causes of bleaching to our reefs, and the death of much of the world’s coral.

Some of the most harmful ingredients that many sunscreens contain include PABA, octinoxate, oxybenzone, 4-methylbenzylidene camphor, oils, chemicals or the preservative butylparaben. If a sunscreen has any of these ingredients, it is not safe for use on the reefs.