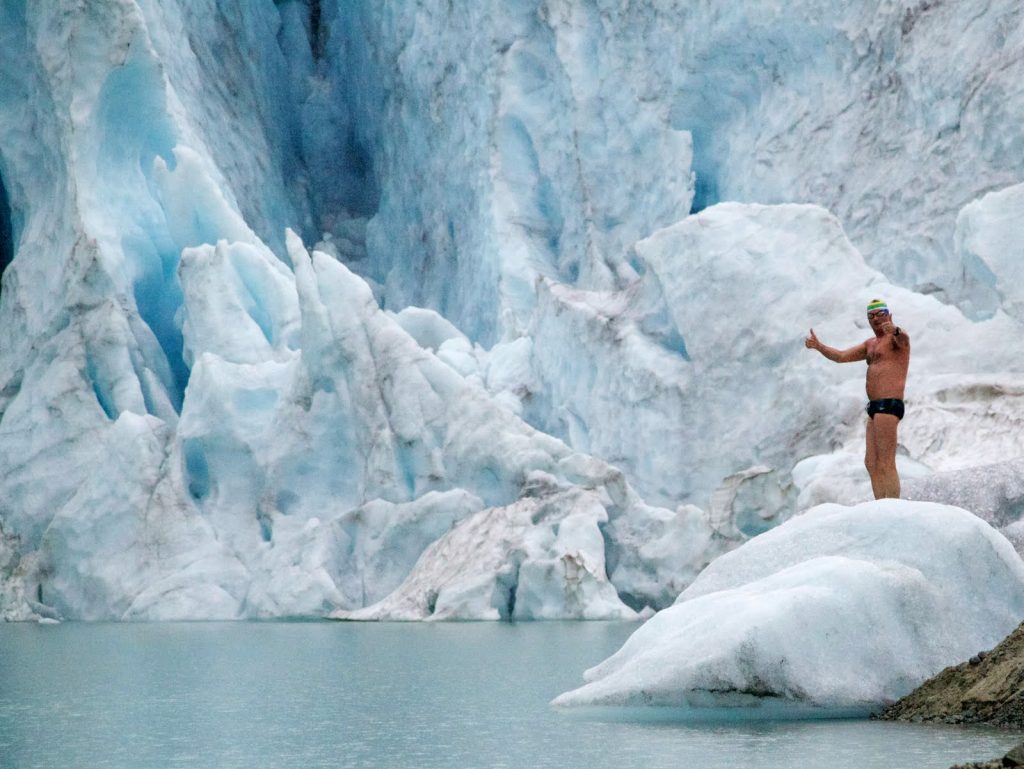 Ram Barkai will appear as a superhuman in a globally syndicated documentary TV series by the legendary creator of the X-men, Stan Lee.

Lee’s TV show, Stan Lee’s Superhumans, seeks out individuals with extraordinary physical or mental abilities and identified Ram Barkai as a focus of an upcoming episode. Barkai is the CEO of financial services group Cadiz, and holds a Guinness World record for the furthest most south swim done in Antarctica.

Ram is the founder of the International Ice Swimming Association. He also organized and will participate with 15 other extreme swimmers in an attempt to swim at mile in a sub 5°C dam at Fraserburg, Northern Cape, SA, in the Speedo Ice Swim Africa.

The 53-year-old Ram recently returned from Patagonia where he and four other South Africans became the first ever to swim around the icy and treacherous Cape Horn. No wetsuits or protective gear was worn other than their trusty Speedos and goggles.

Ram was invited to participate in Stan Lee’s Superhumans documentary series after the producers discovered his feats on the Internet. “I was whisked to west Norway for a three day stint to swim in a local glacier and to go through tests with Norwegian scientists. It was pouring with rain and the air temperature dropped to between 4 and 5°C. We were shooting and swimming until 10pm at night and in the rain.