Support From The Top Down Leads To Bottom Up Growth 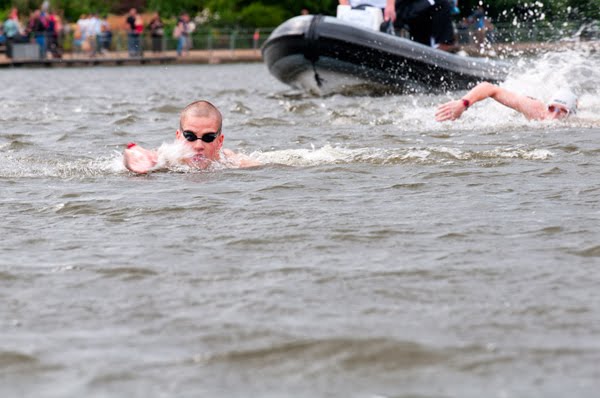 The Government of Canada supports its open water swimming community by supporting its pro and amateur marathon swim events.

The Honourable Christian Paradis, Minister of Industry and Minister of State (Agriculture) and Member of Parliament (Mégantic-L’Érable), on behalf of the Honourable Bal Gosal, Minister of State (Sport), explained why the Canadian government supported the FINA 10K Marathon Swimming World Cup in lac Mégantic. The investment enabled the organizers to present a program of music, song, theatre, dance and comedy performances along with the marathon.

“We are pleased to once again support open water swimming by hosting this event showcasing some of our best athletes,” said Minister of State Gosal. “Canada is a proud sport nation, and the Government of Canada is committed to ensuring that our athletes can compete with the world’s best at home.

“Our Government received a strong mandate from Canadians to invest in events like the FINA 10km Marathon Swimming World Cup 2011, and in organizations like the Comité culturel Mégantic,” said Minister Paradis. “By supporting these groups, our Government is delivering on its commitment to strengthen our communities and support sport, arts, culture, and heritage.

“We appreciate the continued support of the Government of Canada. Hosting international events such as the FINA 10K Marathon Swimming World Cup in Lac Mégantic is great for the development of our sport,” said Pierre Lafontaine, CEO and National Coach for Swimming Canada. “Having the best swimmers in the world competing in our backyard provides great competitive opportunities for our Canadian swimmers.”

The Government of Canada is the single largest contributor to sport in Canada and supports participation and excellence from the playground to the podium. A contribution of C$50,000 was provided to Swimming Canada through Sport Canada’s Hosting Program.

Its investment has paid off not only at the local level, but also internationally. Richard Weinberger won the London 10km Marathon Swimming International, an excellent indication that Canada may have a top competitor for the 2012 London Olympics 10km Marathon Swim on August 10th 2012. And Canada will be the gracious host of the first FINA Junior Open Water Swimming Championships in Welland, Ontario in 2012.