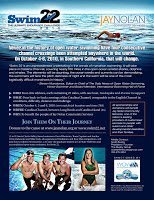 The group shared their story and their collective thoughts and challenges faced during their four-way, four-person solo channel attempt.

A fascinating real-life tale of courage and commitment that was filmed, edited and produced by Nick Gismondi, a producer and filmmaker at NBC Universal.