In 2005, Hungarian marathon swimmer Attila Manyoki and his Greek swimming buddy Giannis Kotsiopoulos and two members of the Leandros Swim Club pioneerd the first 6 km crossing of the Corinth Canal.

These events were targeted at swimmers of any level or individuals who relish adventure in calm, beautiful settings.

These three swims in Epidavros and Loutraki offered open water swimmers from around Europe and various locations around the world a 3-day menu of options (see here): a lake swim in Vouliagmeni Lake, a gulf swim in Ancient Epidavros in the middle of the blue Saronic Gulf, and the open water swim near the ruins of the famous sanctuary of Hera.

The 3-night, 4-day camp showcased three swims of equal distance: 2.2 km. The first swim is in Vouliagmeni, a lake that is described as a region of rare natural beauty. On the second swim, swimmers traverse through the Corinth Canal (see photo above) and along the coast in the Corinthian Gulf. On the last swim, swimmers enjoyed a swim towards the ancient ruins of Heraʼs Temple near one of the oldest operational stone lighthouses on Cape of Heraion. 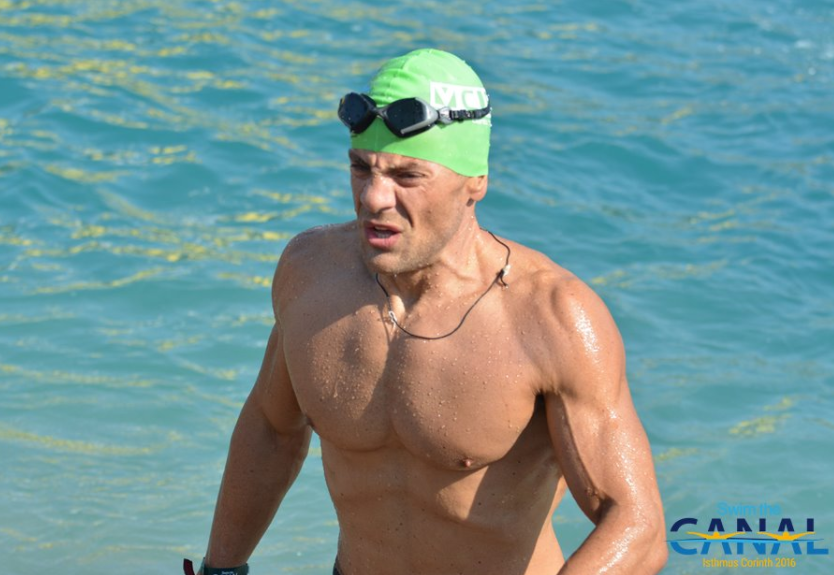 Now in 2017, the second annual Swim Across Corinth Canal is a 6 km open water swimming competition in Greece.

Swimmers have to navigate the prevailing sea currents that usually change direction every six hours. The usual flow runs at 2.5 knots and rarely exceed 3 knots. The narrowness of the canal limits each start heat to 50 swimmers. Heats start every 2 minutes with a maximum time limit of 4 hours.

The history of the canal is described here.

For more information on the event in September, see here and its Facebook page. 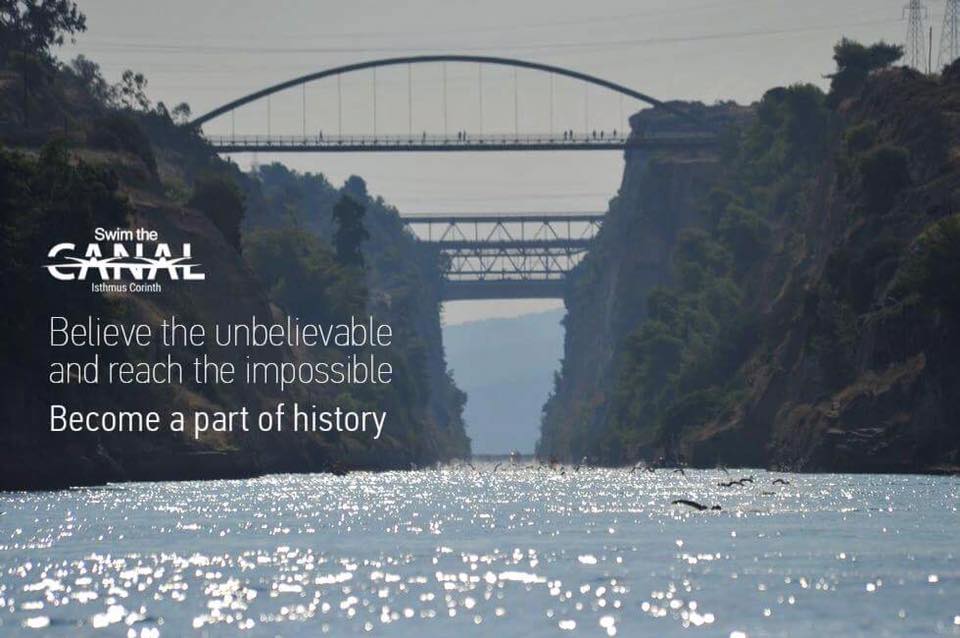