Swim Back Towards The Light 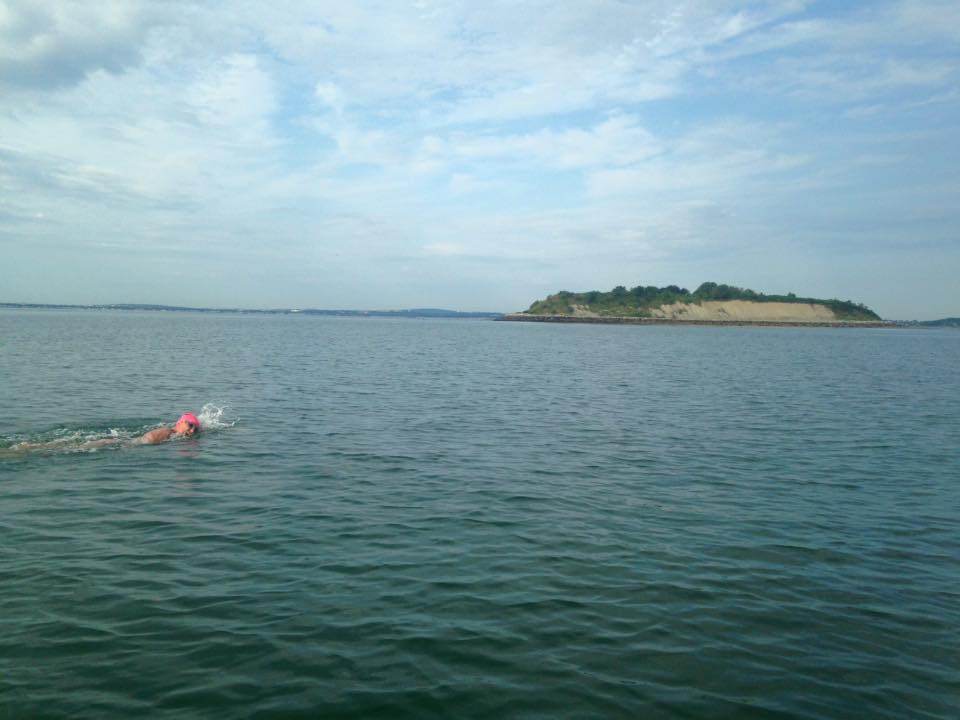 This year, 53-year-old Penny Palfrey of Queensland, Australia headlines the 8-mile Boston Light Swim today. Joining her in the Boston Harbor Islands are 23 other solo swimmers and 6 relay teams.

Similar to fellow International Marathon Swimming Hall of Fame inductee Annette Kellerman over a century ago, Palfrey is a global sensation in the open water swimming world, creating waves wherever she swims.

Palfrey recently became the third person in history to complete a second Triple Crown of Open Water Swimming, meaning she twice swam the 21-mile English Channel, the 20-mile Catalina Channel, and the 28.5-mile Manhattan Island Marathon Swim – all accomplished after her 3 children were born, raised and out on their own.

Among her competitors and friends in Boston is 61-year-old Barbara Held, a retired firefighter and paramedic from San Diego, California who shows no signs of slowing down in open water swimming challenges or competitions.

The field also includes 53-year-old Jef Mallett, the artist behind the syndicated comic strip Frazz that details the life and athletic pursuits of a songwriter turned elementary school janitor. Mallett, who normally does his endurance challenges on land with a bike and running shows as an accomplished cyclist and triathlete, is attempting his first marathon swim.

The Baby Boomers are all prepared mentally and physically to take on the predictably cold water (58°F/14°C), unpredictably dynamic conditions and strong tides in the harbor. It all starts at Little Brewster Island in the shadow of America’s first lighthouse, the Boston Light, and runs for eight miles amid the Boston Harbor Islands National Park, and finishes at the famed L-Street Bathhouse in South Boston.

The historic race, dubbed the Granddaddy of American Open Water Swims, began in 1907.

Most swimmers manage to complete the swim within 3-5 hours.

Due to growing demand to compete in this historic race, only 24 solo swimmers were selected by lottery to participate. With Palfrey and Held expected to lead the way, local swimmers Jennifer Olsen (44 of Natick) and Katharine Owen (36 of Arlington) may challenge the veterans and dominate the podium over the male competitors.