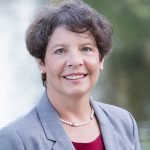 Kathleen Wilson is a 54-year-old member of Charleston city council, professional harpist and an American channel swimmer who has done two of the Southern California Eight channels and four of the seven channels of the Oceans Seven.

WIlson is the creator of SwimCalm, an organization dedicated to the high percentage of adults who experience some fear to a profound fear of the water and teaching them about its properties while learning how to feel safe in the water. Its services helps eliminate the fear that in some cases has followed people for a lifetime. SwimCalm classes are vastly different from traditional lessons in that classes are small, students control the pace of the classes, no student is ever pressured into attempting any skill and the entire premise is to have fun while demystifying the water. There are no exams and there is no skill checklist. Because of this, SwimCalm has an extremely high success rate with students who attend the course with a money-back guarantee.

Wilson’s unprecedented 16.25-mile marathon swim around Charleston started at the James B. Edwards Bridge before daybreak and ended six hours and 58 minutes later at the General William B. Westmoreland Bridge. The 47-year-old politician and harpist says she did the swim to create interest in holding an endurance swim in Charleston with a goal to establish a non-profit dedicated to serving the needs of aquatics within the greater Charleston area.

Wilson is the race director for the 12-mile (19.3 km) Swim Around Charleston that takes place in the Charleston waterways and harbor. It is a sanctioned United States Masters Swimming event for on 23 September 2012.

The swim begins at Remleys Point in Mt. Pleasant, South Carolina, proceeds across the Cooper River to the Charleston side, parallel the peninsular city and proceeds north up the Ashley River to the finish point at I-526. A Charleston county boat landing serves as the finish.

The race start is calculated for participant safety and to allow as many swimmers the best possible chance of finishing. Very fast swimmers may have to swim through the last of the outgoing tide in the Ashley river. There is a time limit of six hours to complete the event. Swimmers unable to finish in the allotted time are removed from the water at the discretion of the race director.

Why is the most asked question in the open water swimming world. Why
North America Queens, New York, United States