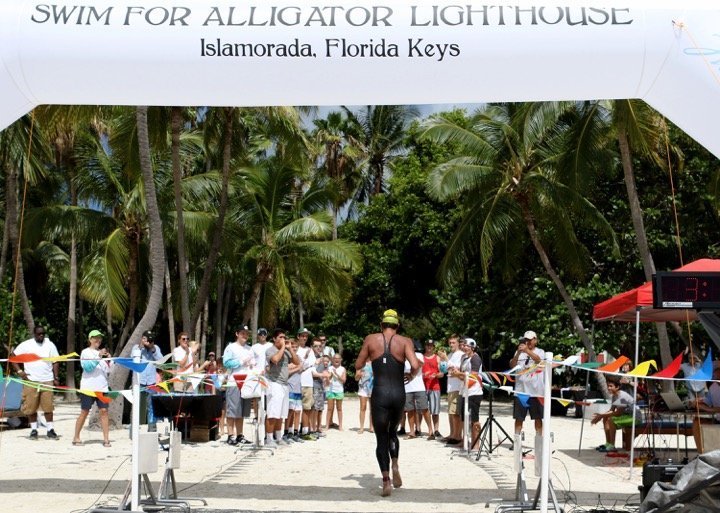 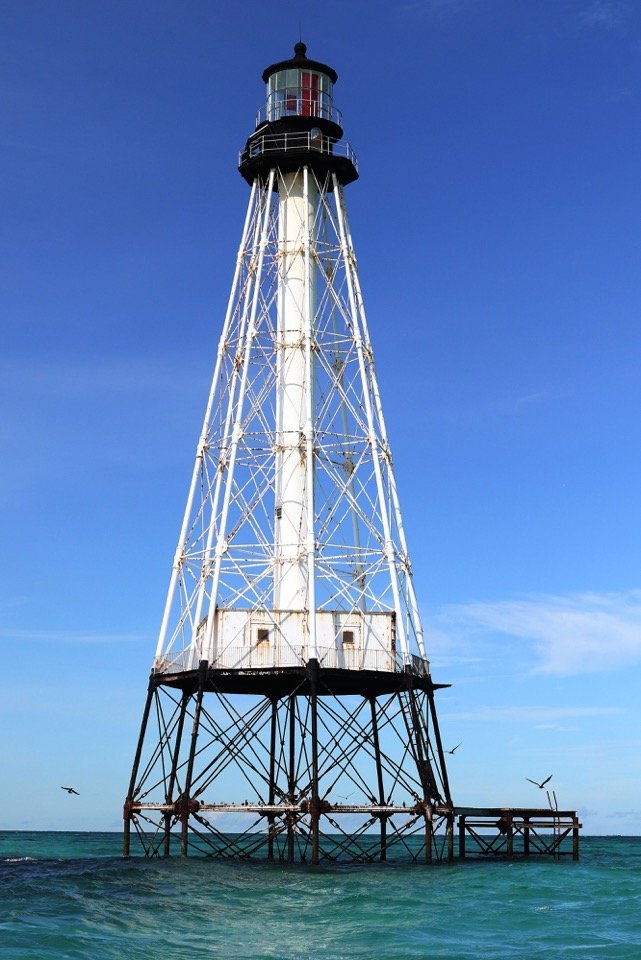 This ocean swim was first pioneered by Larry Herlth, also known as Lighthouse Larry, who is an American artist and open water swimmer from Islamorada, Florida who completed the inaugural 8-mile swim from Islamorada around the Alligator Lighthouse and back in 5 hours 11 minutes.

Herlth attempted the swim as a crusade to raise awareness about Alligator Lighthouse and the historic, deteriorating beacons in Florida.

Strauss explains the attraction of the event. “Channel swimming is probably the most challenging type of open water swimming that exists on the planet, but it’s not for everyone. People of all ages can try open ocean swimming as the first step. This week, the 4th annual Swim for Alligator Lighthouse takes place. More than 200 swimmers from around the world will enjoy an amazing week-long experience in the beautiful Florida Keys and its amenities. The swim generates awareness for the historic beacons off the shores of the Florida Keys and raises money to give scholarship sports opportunities to Florida Keys local athletes.

Unlike channel swimming, this swim brings all the open water intangibles into one swim including:

* changes in water temperature. Because the swim requires athletes to swim from shore to 4.5 miles into the open ocean, there is a significant noticeable difference in water temperature.
* current changes. At least 3 different opportunities for a current change as swimmers will swim on a sandy and grassy bottom, then through a crossing channel, and finally over a reef.
* tidal changes. The best swimmers can finish the swim in about 3 hours 30 minutes, but many take nearly 6 hours. Full tidal cycles take 6 hours, so changes in the water are always present.
* wildlife. Unlike most channels that are heavily trafficked and wildlife is not really seen, swimmers are almost guaranteed to see sharks, colorful fish, sea turtles, dolphins, and moon jellyfish.

The swim will challenge participants both physically and mentally. It will test their tolerance to stings or scare them because of a large fish sighting. Besides the swim, the party and awards ceremony are unforgettable as all swimmers get to catch a beautiful sunset on the water while having drinks, delicious food and listening to a live music act.