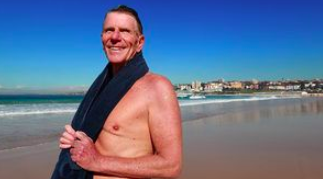 The Magic is a popular ocean swim in Sydney. This season, it will be held on February 18th 2018.

Rainbow Club Patron Mark Speakman said, “The work of the coaches, volunteers and families who directly support these children in the simple but lifesaving skill of learning to swim should be acknowledged and applauded. I encourage and support active swimmers and corporates – experienced and beginners alike – to get behind the Murray Rose Malabar Magic Ocean Swim and raise funds for this most worthy of causes.”

Event co-founder Rob Lloyd describes a new twist to the charity event. “In 2018, a special team challenge called the 10-10-10 Challenge. Already over 10 teams have signed up. Each team is looking to raise $10,000 and each team will have 10 swimmers to compete over the 1 km course or 4 swimmers over the 2.5 km course. Leading the 10-10-10 challenge will be the Magic Rainbows comprising 7 children from 6 Rainbow Clubs (Hornsby, Maroubra, Newington College, Warriewood, and Warringah) and the Sutherland Rainbow Club All Stars who are going it alone with a team comprising 2 Rainbow Club members, 2 teachers and 6 parents.

Dawn Fraser committed her support to the event. “It is my honour and privilege to be involved in this great event and the work of the Rainbow Club. With the support of the Premier, many corporations and my fellow Olympians and Paralympians here, I’m sure the 2018 Murray Rose Malabar Magic Ocean swim will be the most successful event ever and reflect the values and passion Murray Rose brought to this community.

Swimming and the swimming community has brought great joy to my life and I applaud those who encourage and support all Australians – regardless of ability and age – to learn to swim and keep fit through regular swimming. I encourage ocean swimmers to get behind this event and raise funds for the Rainbow Club
.”