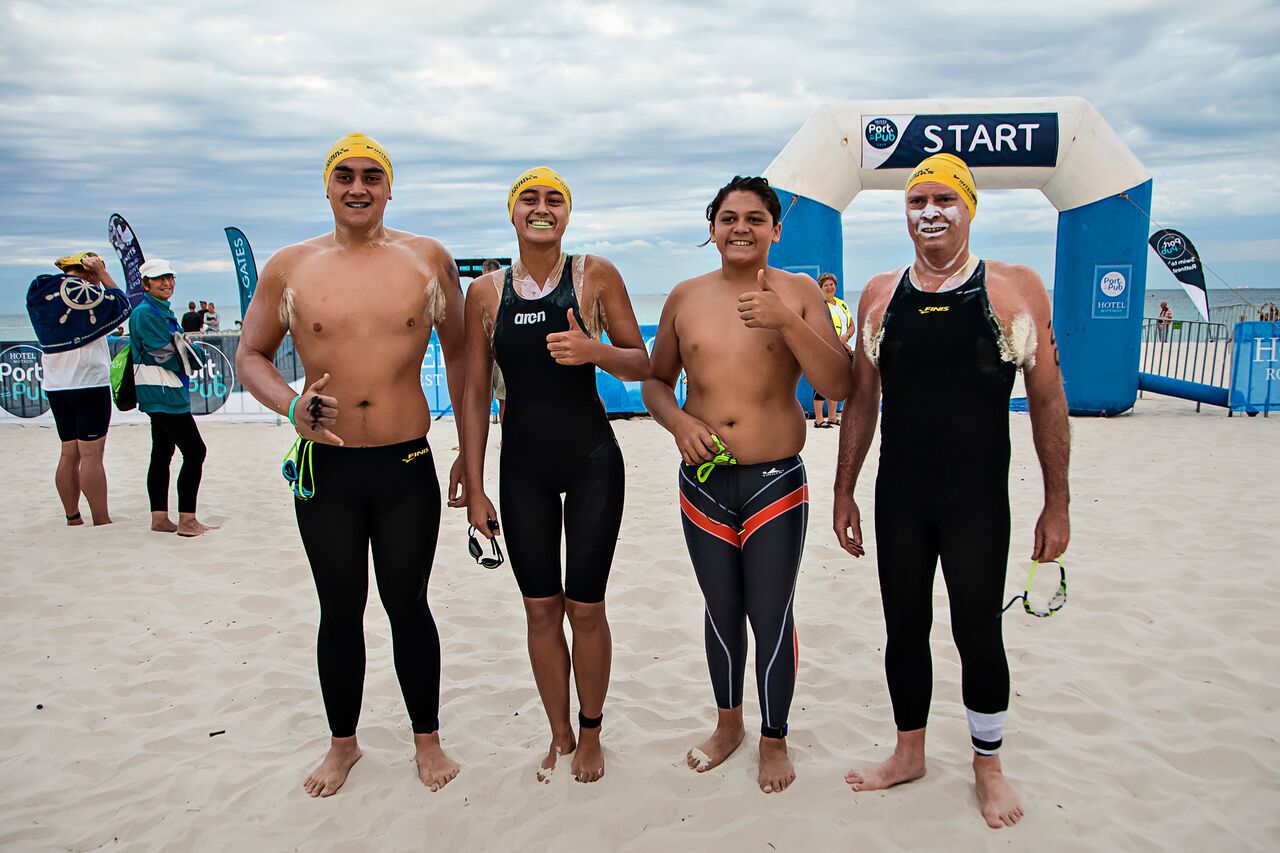 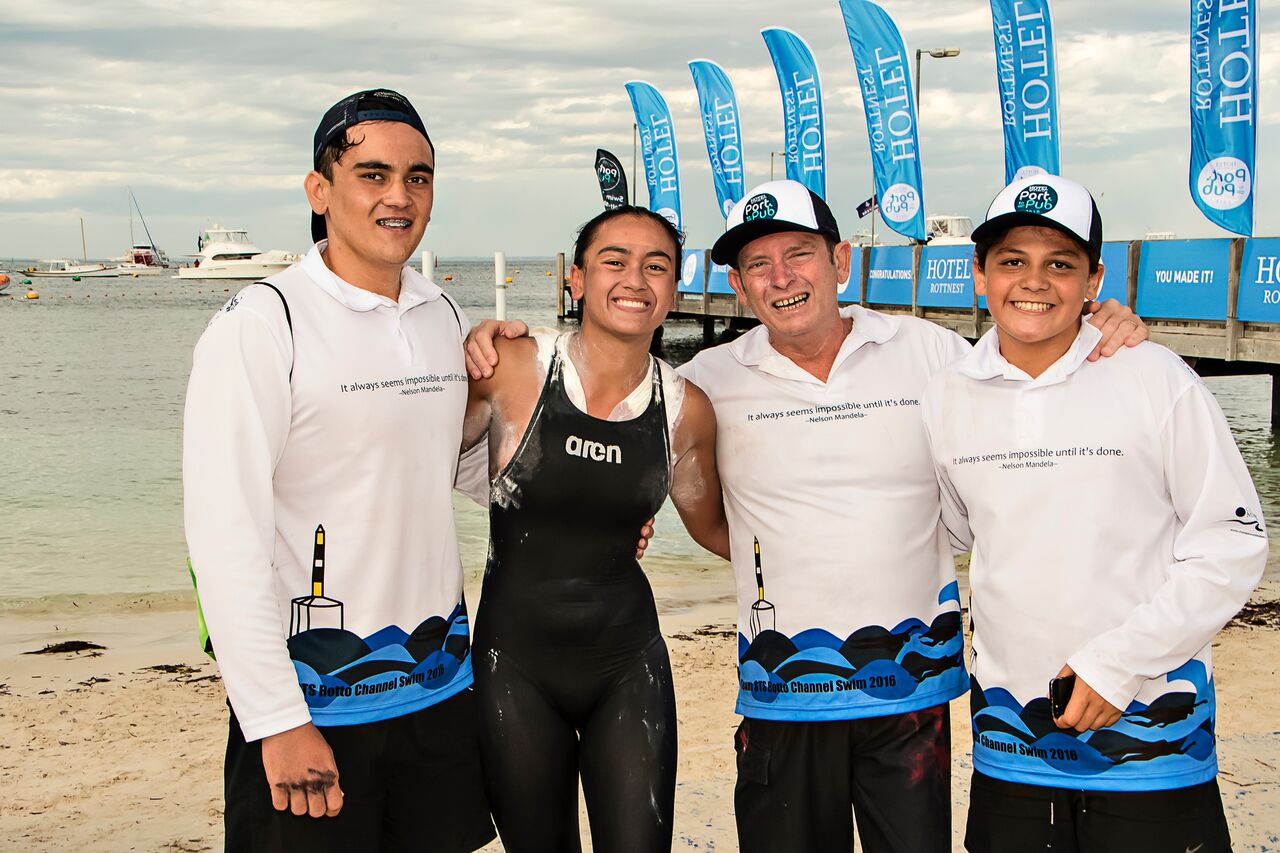 Four members of the Smoothy family competed in the Port to Pub marathon swim’s inaugural year in the Rottnest Channel.

The inaugural Hotel Rottnest Port to Pub swim was held on March 19th. It incorporates two races – a 20 km race open to solos, duos and teams of four and six swimmers. The second is a 25 km marathon solo swim, open to qualified swimmers. The 25 km race is the longest open water swim presently in Australia and one of the longest in the Southern Hemisphere.

Both races commence at Leighton Beach in Perth and conclude at Hotel Rottnest on Rottnest Island. The 25 km race includes an extra 5 km loop along Leighton Beach at the start.

The next Port to Pub swim will be held on March 25th 2017 with registrations opening in October 2016.