Swim There, Paddle Back After The Clean Half 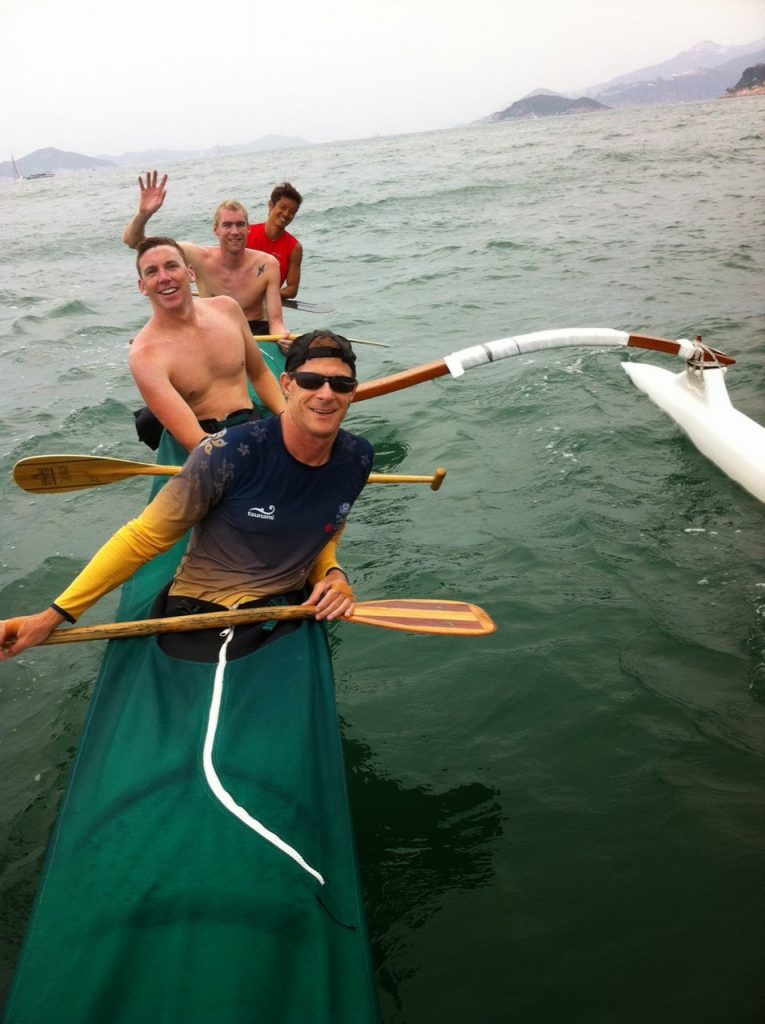 A few days after the Clean Half race in Hong Kong, new course record holder Trent Grimsey and fellow professional marathon swimmer Brian Ryckeman went out with Clean Half race director Doug Woodring and Kwokzu, a local paddler from Hong Kong, for a long outrigger paddle.

In an act of selfless volunteerism, the athletes and race director decided to paddle through rough water for 10 km in order to return the outrigger after the race.

“They worked out some new muscles today,” smiled one of the most fit race directors on the planet. “We were paddling downwind, but it was the first time that Brian and Trent worked out in an outrigger. They loved it.”

Results from the Clean Half are posted here where Grimsey ended up swimming faster than 55 of the 58 total teams in the 15 km sea swim.

Photo courtesy of Doug Woodring of the Ocean Recovery Alliance.