Swim Without Limits Around Islands 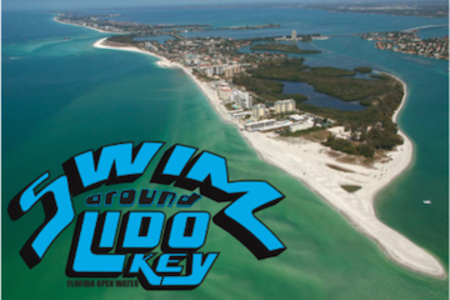 David Miner of Swim Without Limits is hosting two events in Florida this season. The first is the 2nd annual Swim Around Lido Key. It is a 7-mile, pilot-escorted circumnavigation swim for soloists and duo relay members around the beautiful island of Lido Key in Sarasota, Florida.

The race is held on April 2nd under the governance of Swim Without Limits.

Fort De Soto park consists of five interconnected islands (keys) that was named America’s Top Beach in 2005 by Dr. Beach and in 2009 by Trip Advisor. The race is around 3 sides of the park and along the island chain of Fort De Soto.

Swimmers can enter as a solo swimmer, 2-person relay, or 3-person relay. The relay teams are carbon-neutral where the swimmers must take turns swimming and paddling. “Each person swims a portion of the race and paddles the kayak a portion of the race.” Miner explains, “We only have about 43 spots left in the Lido race and registration for the Fort De Soto race opens February 5th.”