Swim4Good Crosses The Strait Of Gibraltar 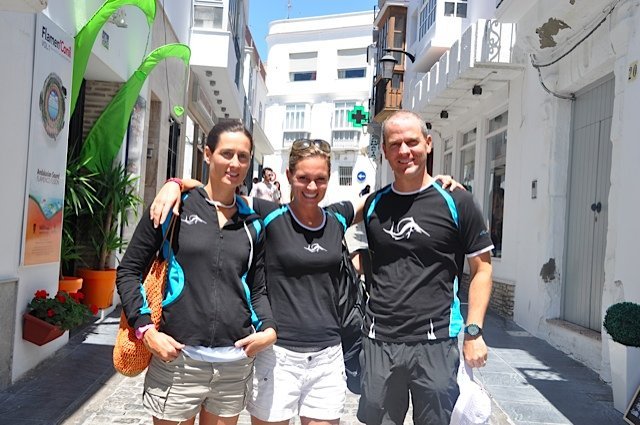 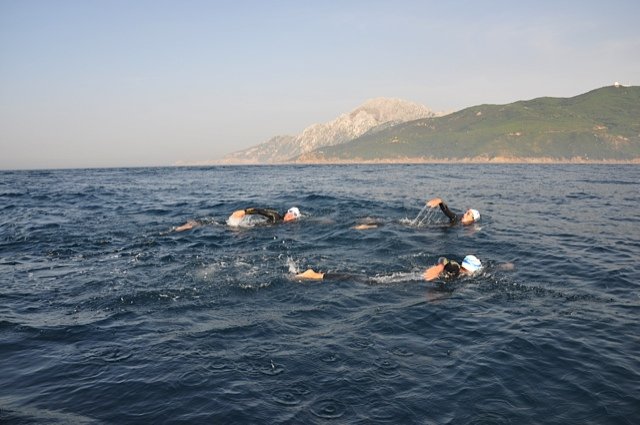 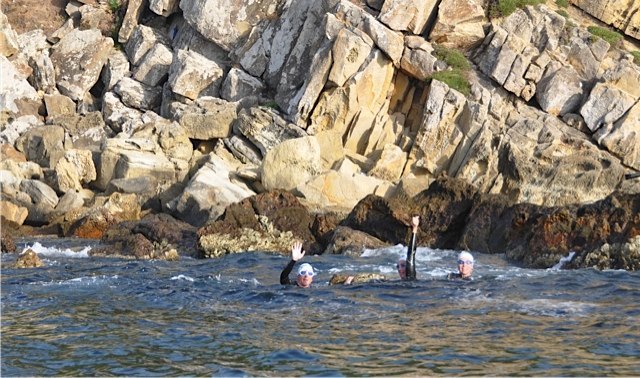 Mauricio Prieto, Susan Moody, and Emily Kunze raised $107.461 through 226 donors around the world through grassroots efforts for Worldreader during the three-fer‘s Swim4Good crossing of the Strait of Gibraltar.

Swim4Good is composed of 3 swimmers who raised money to bring books to children in Africa, using mobile technology widely available in the developing world. “We wanted to show that despite the drastic economic differences between Europe and Africa, the two continents are close enough for us to be able to swim across. If we can swim across, then we should also be able to help kids have access to books,” recalls Prieto.

“The fundraising campaign went very well. Athletes such as tennis star Rafa Nadal, soccer manager Pep Guardiola, soccer star Alex Song, and swimmers such as Mireia Belmonte, Antonio Argüelles, Keri-Anne Payne, Damián Blaum, Esther Nuñez, and others helped us get the word out. On July 11th, we successfully swam the Strait of Gibraltar under some pretty tough conditions. I believe that my wife and I became the first husband and wife to swim the strait while Susan, the Princeton women’s 1994 swim team captain, and Emily became the 24th and 25th American women to successfully cross.”

Swim4Good could have been a simple three-fer, an achievement in itself, but Prieto, Moody, and Kunze went further. The trio raised funds that provide good and got many high-profile athletes involved.

“We are convinced about the powerful marriage of sports – particularly open water swimming – and social good,” explains Prieto. “Our intention is to continue using Swim4Good as a platform for this purpose. A platform not only for our team of 3, but also open to other swimmers who want to challenge themselves while raising money and consciousness for social good causes.”

But it wasn’t easy for the trio. Kunze recalls, “I’m terrified of just about everything in the ocean: the deep black water, currents, anything floating, including sea weed and anything that moves including sharks, whales, and [even] tiny fish.” While Kunze feared marine life, Moody was worried about the cold. “When I start to get cold, it begins at my core and radiates throughout my body. My lips get a very bizarre shade of purple and I have no color in my feet or hands. It’s impossible to warm back up, even if I start sprinting.”

For more information, visit here to learn more about their 4 hour 52 minute crossing under force 4 conditions under heavy seas.