Swimmer In The Water 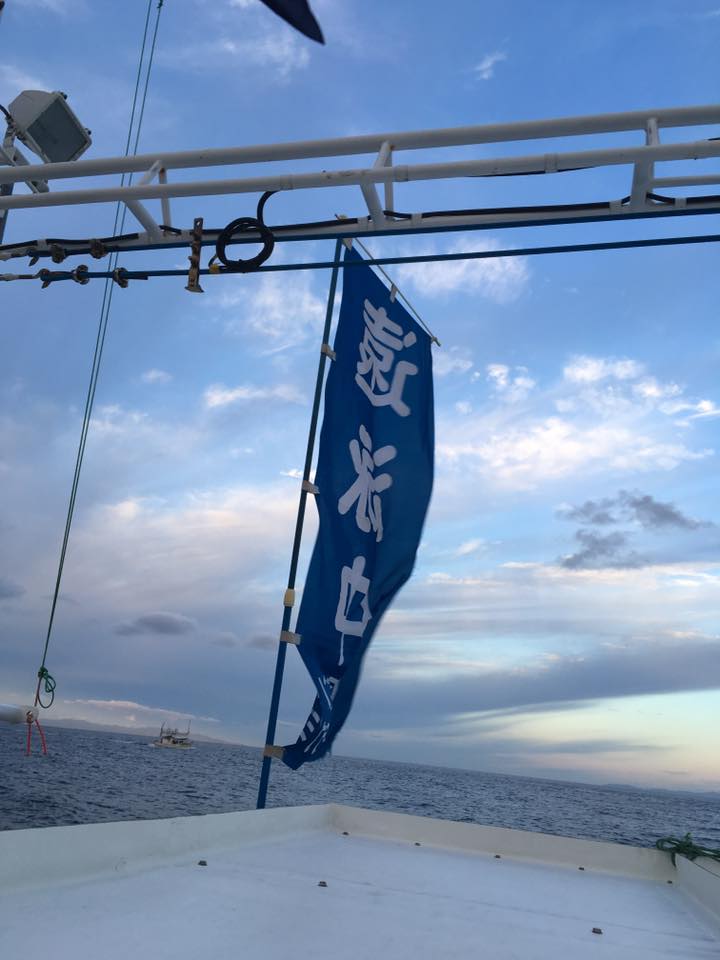 Japanese fishermen and escort boat crews often fly a flag that says 遠泳中 when a swimmer is swimming alongside their boat.

The three-character word is pronounced “en-ei-chu“. The three characters, in order from top to bottom, mean in English “distance” (or long or far), “swimming”, and “in the middle” (or ongoing or current). In other words, “a swimmer is in the water (on a long distance swim)”.

The flag was most recently flown when American marathon swimmer Liz Fry swam across the Tsugaru Channel between Honshu and Hokkaido on Honshu’s eastern peninsula on September 11th in 15 hours 48 minutes.

“I am happy I never looked back. After 9 hours of thumbs up, I was told that I had to swim super hard for the next hour to reach a certain point past the shipping channel otherwise the Japanese Coast Guard would pull me,” reported Fry on her Facebook page. “The sun was starting to set with clouds that didn’t help. Apparently I made the mark as I was allowed to continue.

I was in shock as I had no idea how bad the current was. I did not expect to swim in the dark here in Japan; however, I left my Catalina supplies with Peggy when I traveled to Seattle after Nora’s and my Catalina swim. Luckily, it included beacons and every light stick the San Pedro Marina store had had.

They swapped my dark goggles for polarized grey goggles and the beacon. And off I went. Unfortunately I was swimming against a 1+ mile/hour current at a pace of 2 1/2 miles/hour. My team would say just 2 more miles, several times…until I was done. I returned to the boat, we were all very happy. The boat pilot Ataka-san was very happy. He did an extraordinary job. He told me today that he knew I could make it because he read about my double crossing of the English Channel 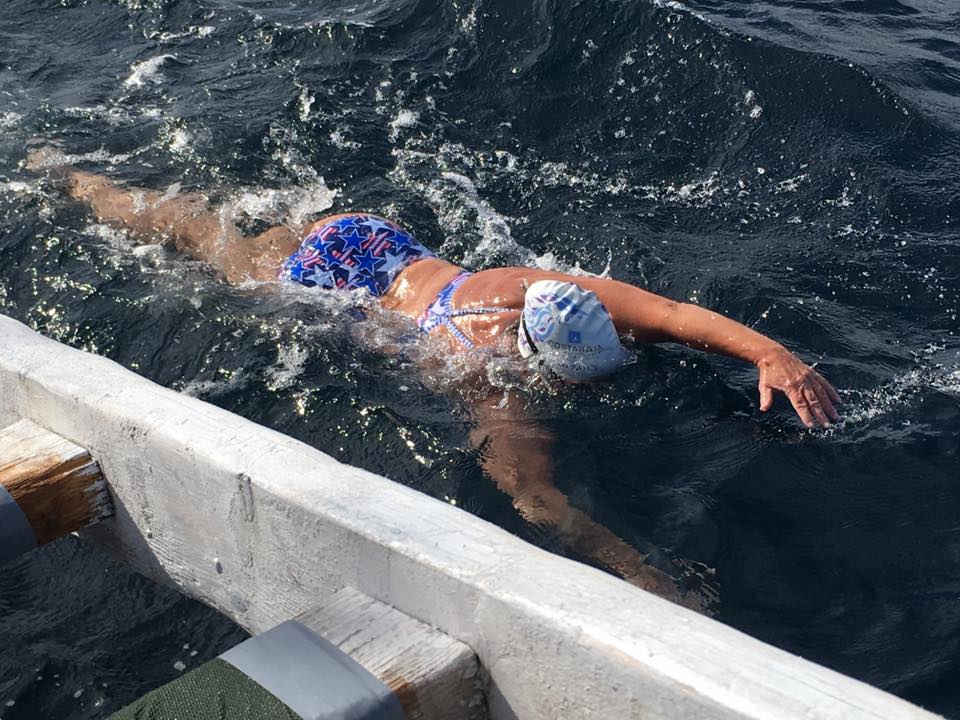