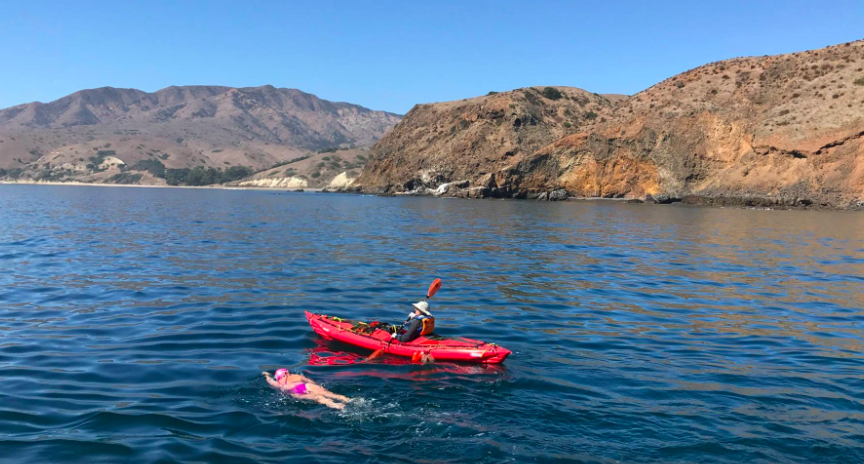 Simonelli and the others will be honored at the annual Santa Barbara Channel Swimming Association banquet tonight in San Pedro, California.

“We will celebrate this year’s Santa Barbara Channel swims – or more precisely, any swim to, from, between, or around any of the 8 California Channel Islands, excluding swims between Catalina Island and the mainland, and swims around Catalina Island,” says Evan Morrison.

13 solo channel swims and 4 relays were sanctioned during the 2017 season with 13 successes including Selkie & the Sirens, a 54-mile relay circumnavigation of Santa Cruz Island that took the team 39 hours 58 minutes (Louise Darlington is shown above with Michelle Premeaux McConica, Claudia Rose, Carol-lynn Swol, Diana Corbin and Jeannie Zappe).