Swimmers Team Up At Sheko O Beach In Hong Kong 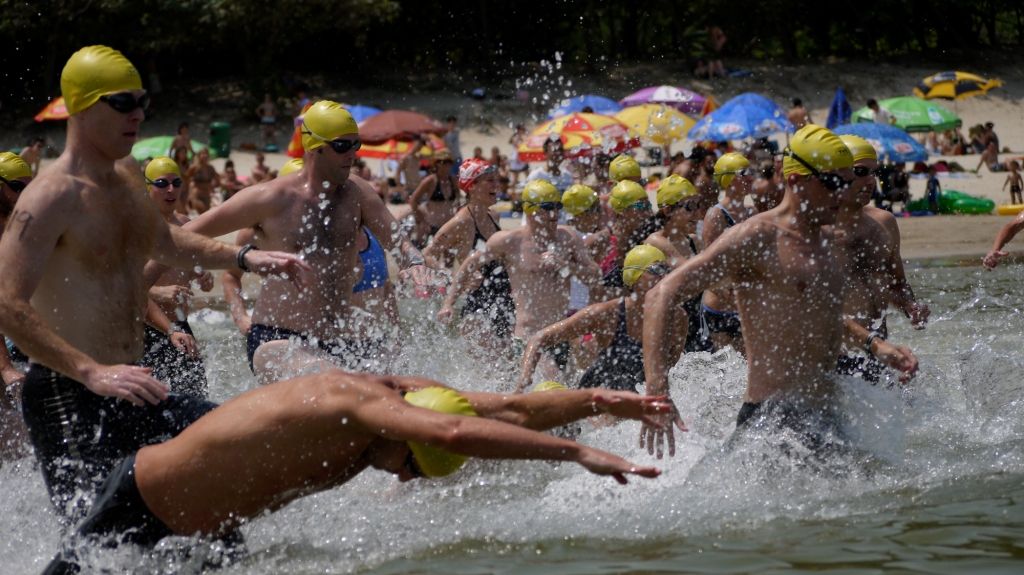 In a twist from previous years, the swimmer not only did the traditional 2.2K Sheko Challenge Swim, but also teamed up with friends to do either or both of running and paddling for the unique Trisolothon. Each athlete did their own event and then partnered with an athlete in another discipline.

While the swimmers swam 2.2K, the runners were required to complete a 10K rum over Pottinger Peak and the paddlers had to paddle 10K from Stanley Sea School to the Back Beach. In the Trisolothon, all races began at the same time with everyone converging on the same finish line. The times from each individual team member were then added together to create a final team time.

The fastest team was Ryan Blair, Rene Appel and Joy Stevenson in a combined time of 2:03:02. Mark Cummings won the 2.2K swim in 30:54 while former Greek water polo player Katerina Vichou, won the women’s division in 33:45. 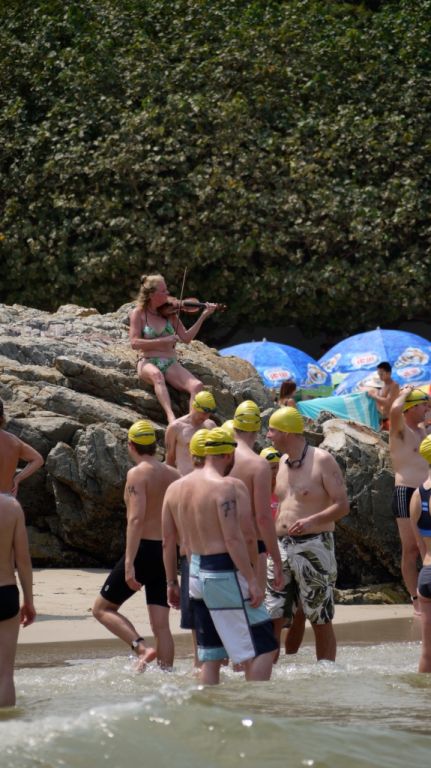 “This was my first time doing the race so I did not know what to expect. What I encountered though was an extremely well-organized race that offered something for everyone with the run, swim and paddle disciplines. The spirit in which the race was conducted was fantastic and there were lovely little touches like a fiddler sending us off and a piper bringing us home.

I was delighted to win the race and watch the other competitors coming in. It was a very relaxed surroundings of the Back Beach at Shek-O…and I cannot wait for the Clean Half,” said Mark during the post-race party with pulsating music and a beach barbeque.

“There are a lot of beautiful beaches in Hong Kong which are the good places for the open water swimming. Together we must join hands to protect the beaches and save the ocean,” said Doug Woodring, the event organizer.

“Since 2004, the Sheko Challenge has been a charity event to support the Ocean Recovery Alliance for their global efforts to heal the ocean, and WWF for their local efforts to improve the ocean.”