Swimming Around The World’s Oceans 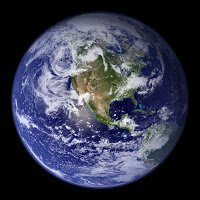 The eyes of the marathon swimming world continue to spin on the global axis.

2012 started off with a slew of Cook Strait solo swims between North and South Islands in New Zealand, a cancelled professional 88 km race from Maratón Internacional Hernandarias – Parana race in Argentina, and the annual Rottnest Channel Swim in Western Australia.

Then came the very early season Catalina Channel swim by Spaniard Jaime Caballero and the delayed starts for British adventurer Dan Martin across the Atlantic Ocean and France-born Ben Lecomte across the Pacific Ocean.

During the last two weeks, Ireland’s Stephen Redmond gave two valiant attempts in the Tsugaru Channel (with a third attempt scheduled for July) while American Paul Lundgren spent 24 hours swimming 30 miles in the Sea of Cortez.

Next up is the annual Manhattan Island Marathon Swim where swimmers from Mexico to the Czech Republic will be showcase their talents around New York City.

But to put everything in perspective, two of the world’s most renowned marathon swimmers will set out to show swimming 2 or 3 days under the hot tropical sun, facing Oceanic White Tip sharks and their myriad cousins as well as box jellyfish, across the 103-mile Florida Strait is possible. 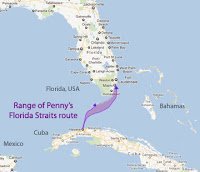 First up is renowned Australian marathon swimmer Penny Palfrey with her team of experts from New York to Hawaii.

Setting off from Havana, Palfrey is anxious to extend her career while completing the greatest challenge of her prolific career. “After my success in Bridging the Cayman Islands last year (68 miles in 40 hours 41 minutes), I wasn’t ready to retire and was hungry for a new challenge. The Florida Straits [103 miles between Cuba and Florida] was an obvious and attractive challenge to me.”

Even though the straight-line distance is 35 miles longer than her Cayman Islands swim, Palfrey’s team plans to steer her along the Gulf Stream that will likely boost her speed and enable her to spend potentially fewer hours in the water than she did in the Cayman Islands. Realistically however, she has trained herself to spend 40-60 hours swimming continuously to reach Florida.

Besides a suit to protect her from her deathly venomous box jellyfish, she will have onboard her escort boats the renowned shark expert Luke Tipple and an array of electronic Shark Shields on kayaks around her to deter curious sharks without harming them.

Just weeks shy of her 50th birthday, Palfrey is pushing boundaries not only for women of her generation, but also for the entire generation of open water swimmers. Her effort is a charity swim, together with Blue Planet Network, to raise funds for safe drinking water projects around the world.

After Palfrey’s attempt, 63-year-old Diana Nyad will make her 4th attempt at her Xtreme Dream Swim from Cuba to Florida. In contrast to conventional wisdom, every year Nyad gets older, she also gets stronger and more resilient. But even more incredible than her physical gifts and commitment to training, Nyad has a vocabulary and eloquence that strikes a cord with the non-swimming public and media. She is able to colorfully explain not only the trials and tribulations that she undergoes as a marathon swimmer, but she is also uniquely able to place it in the context of non-swimmers.

This is why she is able generate American media interest and online social networking reach that goes beyond anything else that older endurance athletes have experienced. With millions of followers, tweets, retweets and media mentions, Nyad is blazing a trial…

…like all the other marathon swimmers who are making the world’s ocean an alluring playground.