Swimming for Clarity – The Course 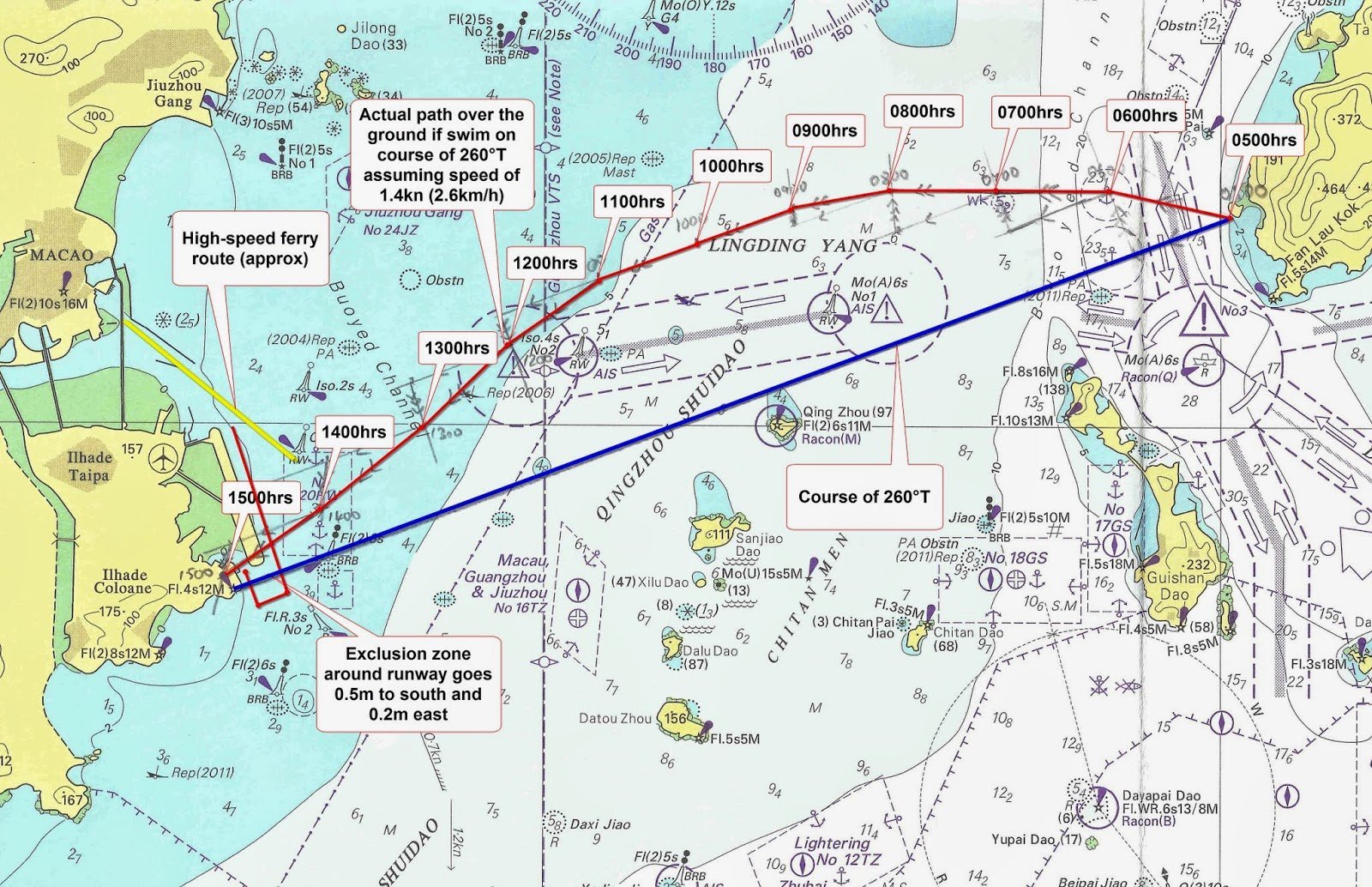 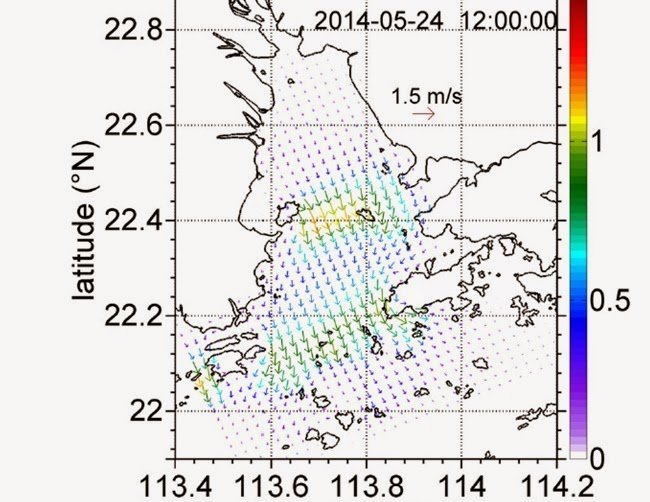 On May 24th, 35-year-old Hong Kong resident Simon Holliday, working under the guidance of Australian Trent Grimsey, will aim to break the record set by well-known Chinese marathon swimmer Zhang Jian. Jian from the Beijing Sports University in Beijing, China is the founder of the Zhang Jian Open Water Swimming Team.

In 2005, Jian became the first person to cross the mouth of the Pearl River estuary.

Holliday plans to swim 35 km from Peaked Hill (Kai Yet Kok), on the west edge of Lantau Island, Hong Kong to Hac Sa Beach in Macau in under 10.5 hours on his Clean Cross swim. Holliday crossed the English Channel in 2011 as well as accomplished other long swims around Ireland and the United Kingdom. “My swimming style as more tortoise than hare.”

“Simon has been working with Trent to improve speed, efficiency and fitness,” explains Doug Woodring who is helping Holliday utilize the swim for something more than an athletic exploit. “Other members of the crossing support team include retired Hong Kong Water Police Officer Robert ‘Arni’ Highfield who will skipper the support vessel Jade, and paddler Shu Pu who will be in an outrigger canoe alongside offering moral support and jelly babies. Risks aside from ships, sharks, jellyfish, tides, currents and adverse weather conditions are water quality and floating debris.

Holliday aims to raise awareness of the harmful effect of releasing plastics into the ocean. During the swim, a visual audit will be undertaken from the support vessel, giving an indication of the amount of plastic in the Pearl River Estuary and South China Sea.”


Holliday’s attempt is aiming to raise $100,000 for Ocean Recovery Alliance that works to bring together new ways of thinking and technologies to improve the ocean environment. “The money will be used to support the Grate Art, a project bringing 8 local and Chinese artists to create plaques used to remind people not to dump into drains on the street, as these drain to the ocean.”

To sponsor the swim that is creatively called The Clean Cross – Hong Kong to Macau Swim 2014, visit here. For more information on Grate Art, visit here.