Swimming From Cuba In The Calm After The Storm 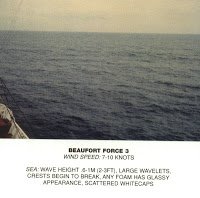 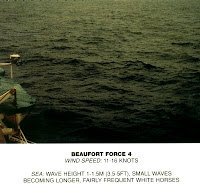 Penny Palfrey and her intrepid crew are waiting out Tropical Storm Debbie in Havana, Cuba as they are preparing for her 103-mile crossing of the Florida Strait.

With meteorologist experts analyzing the weather on her behalf, Palfrey will make a decision to go when it is safe and conducive to a successful crossing.

Looking out at a 5-10 day weather forecast this next week, it looks like there will be a relative calm after the storm.

Theoretically, if Palfrey starts out from Havana over the next week, she would face Force 3-4 conditions (see photos on left) over her 103-mile (166 km) crossing of the Florida Strait. It is certainly not an easy task, and one that few humans would accept, but it is certainly not an impossible obstacle for the 49-year-old ultra-marathoner.

In fact, she has faced much more harsh conditions than Force 3 or Force 4 during her successful swims around the world. Additionally, the warm, tropical conditions are similar to the conditions she faces during her training at home in Australia.

Her team will begin to communicate via Facebook and GPS once she starts from Havana, Cuba soon.