Swimming From Cuba To Florida Is A Quest, Not A Race 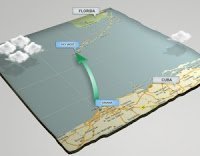 Some marathon swimming commentators have identified the Cuba Swim as a race between Penny Palfrey and Diana Nyad. Our view is a bit different.

The 103-mile Cuba Swim is an example of two women who have a similar dream for different reasons in different stages of their lives.

The 62-year-old Diana has had this goal of swimming between Cuba and Florida since she was a young swimmer growing up in Florida.

As an American, she deeply understands the political situation between Cuba and America. It is within that political context of swimming between two countries that she chases her dream. She has attempted the swim three times, separated by three decades. She has spent years training, plotting and spending a good deal of her own money in pursuit of her life-long dream. Similar to those who identify the English Channel, the Catalina Channel, Mount Everest or the Hawaiian Ironman as their goal, it is an athletic pursuit that motivates her to wake up every morning and train.

And parallel to working towards and realizing her own athletic dream in the Florida Strait, Diana is eloquent and engaging as a role model for many non-swimmers. As she says, “…for each of us, isn’t life about determining your own finish line? This journey has always been about reaching your own other shore, no matter what it is, and that dream continues.”

The 49-year-old Penny Palfrey, after her three children were born and raised, returned to marathon swimming because she now has the time and resources to enjoy the sport she excelled at as a teenager. Penny admittedly has many marathon swimming goals that she wishes to complete while she is strong and motivated enough. These swims are in the Pacific Ocean, Atlantic Ocean and around the world. Many of her attempts are successful – English Channel, Catalina Channel, Tsugaru Channel, Strait of Gibraltar, Bridging The Cayman Islands – and a few are not. But it is the pursuit of these goals – to realize her potential as an endurance athlete – that drive to wake up every morning and train and plot the logistics of her next swims.

And parallel to working towards and realizing her own athletic dream in the Florida Strait, Penny is aiming to raise money on behalf of the Rotary Club to end the rampage of polio.

When two women – separated by an entire ocean and driven by similar reasons – decide to take on the 103-mile Florida Strait, it is not a race. On one level, Diana and Penny are not alone. It is a goal they will pursuit whether or not there are others. As many other swimmers have had the Cuba Swim in their hearts over the past four decades, including American Skip Storch and Australian Susie Maroney.

This Cuba Swim is a personal challenge. It is a solo quest where box jellyfish, Portuguese man o’ war, moon jellyfish, oceanic white tip sharks, tiger sharks, cookie cutter sharks, winds, currents, waves, the tropical heat of the day, the stark darkness of the night, lightening and distance are the true rivals.

It is a race with and against Mother Nature whose maternal nature can be disguised by horribly difficult conditions and aggressive creatures.