Swimming From Ship To Shore And Everywhere Else 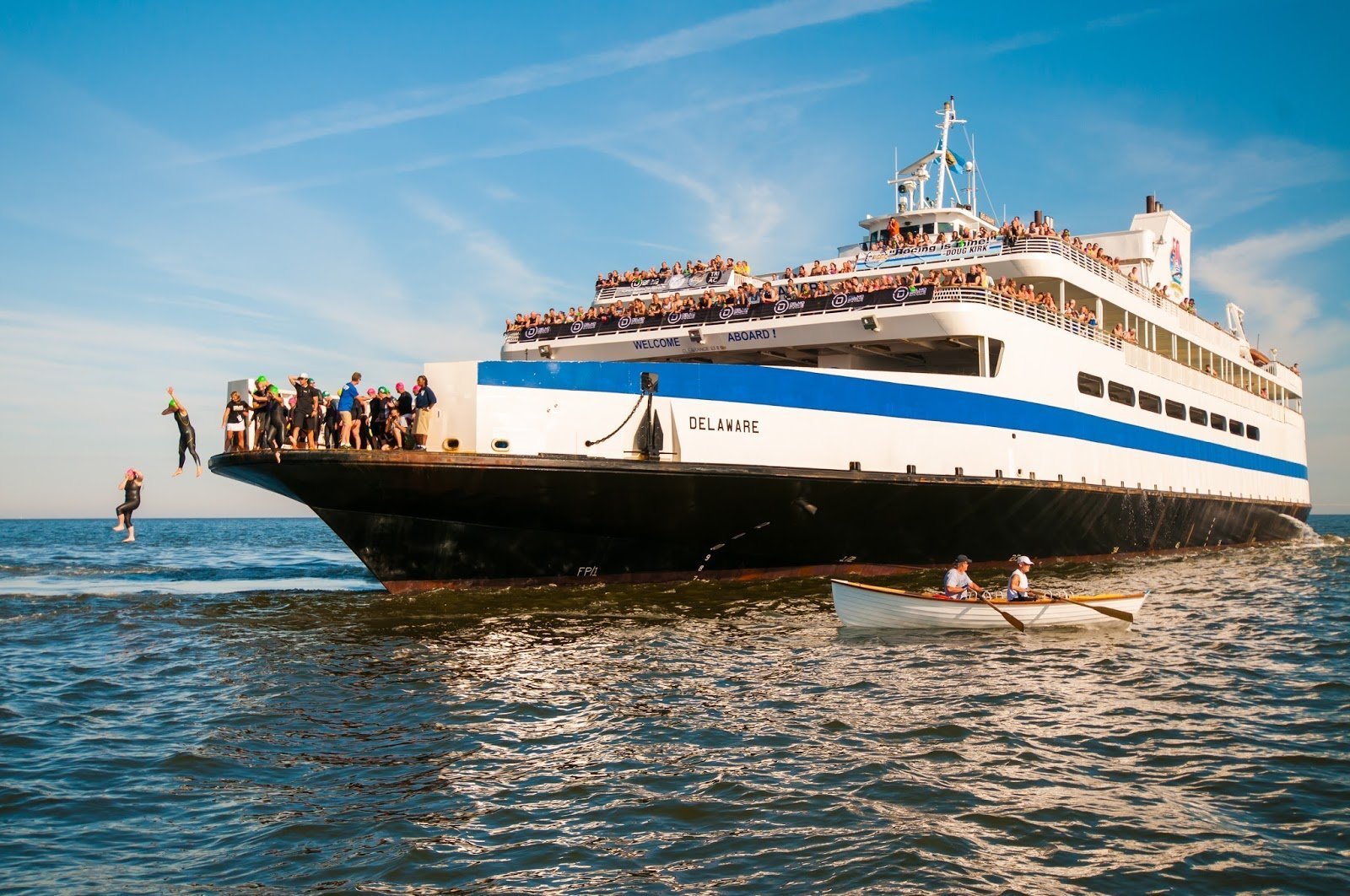 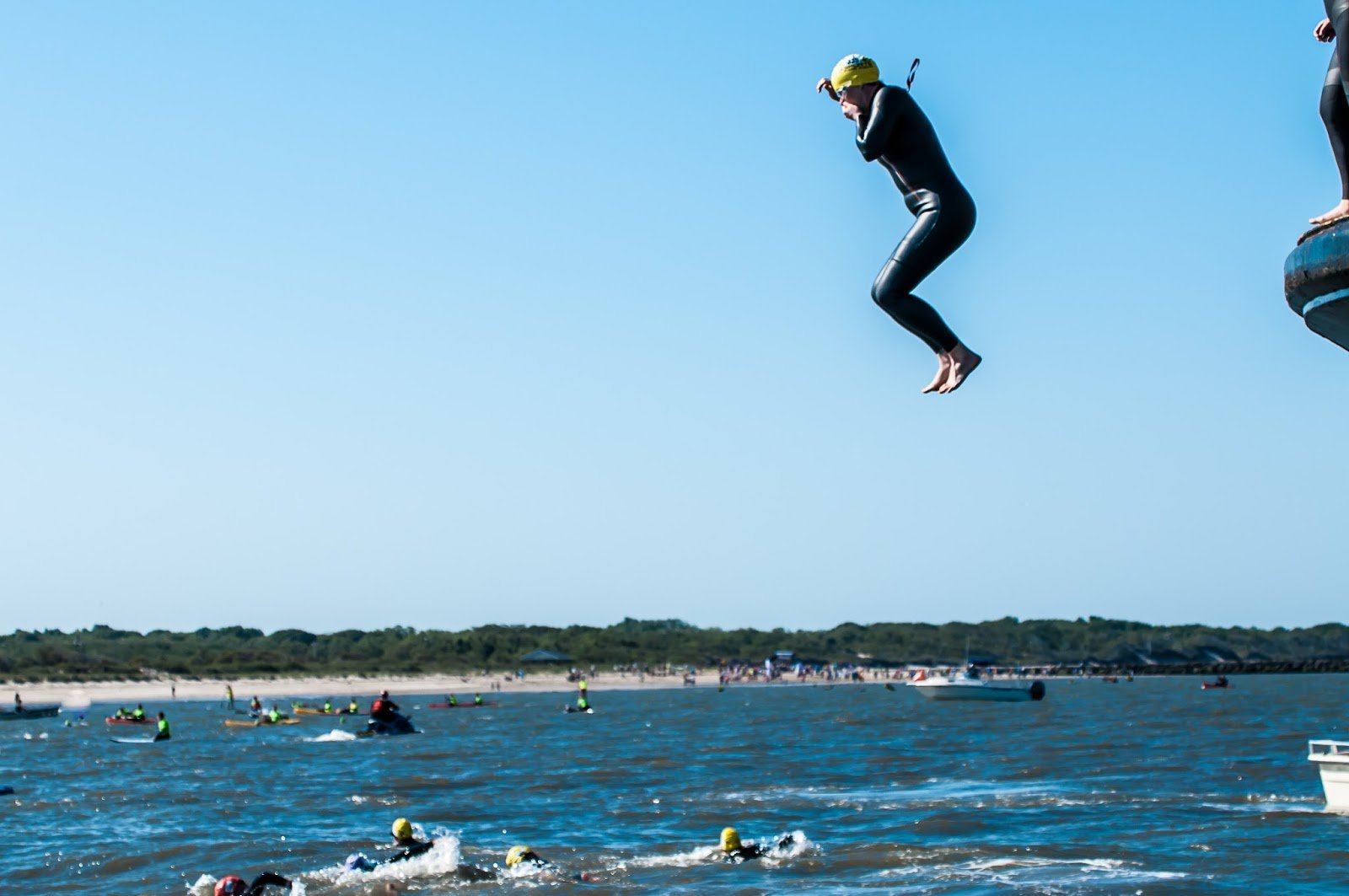 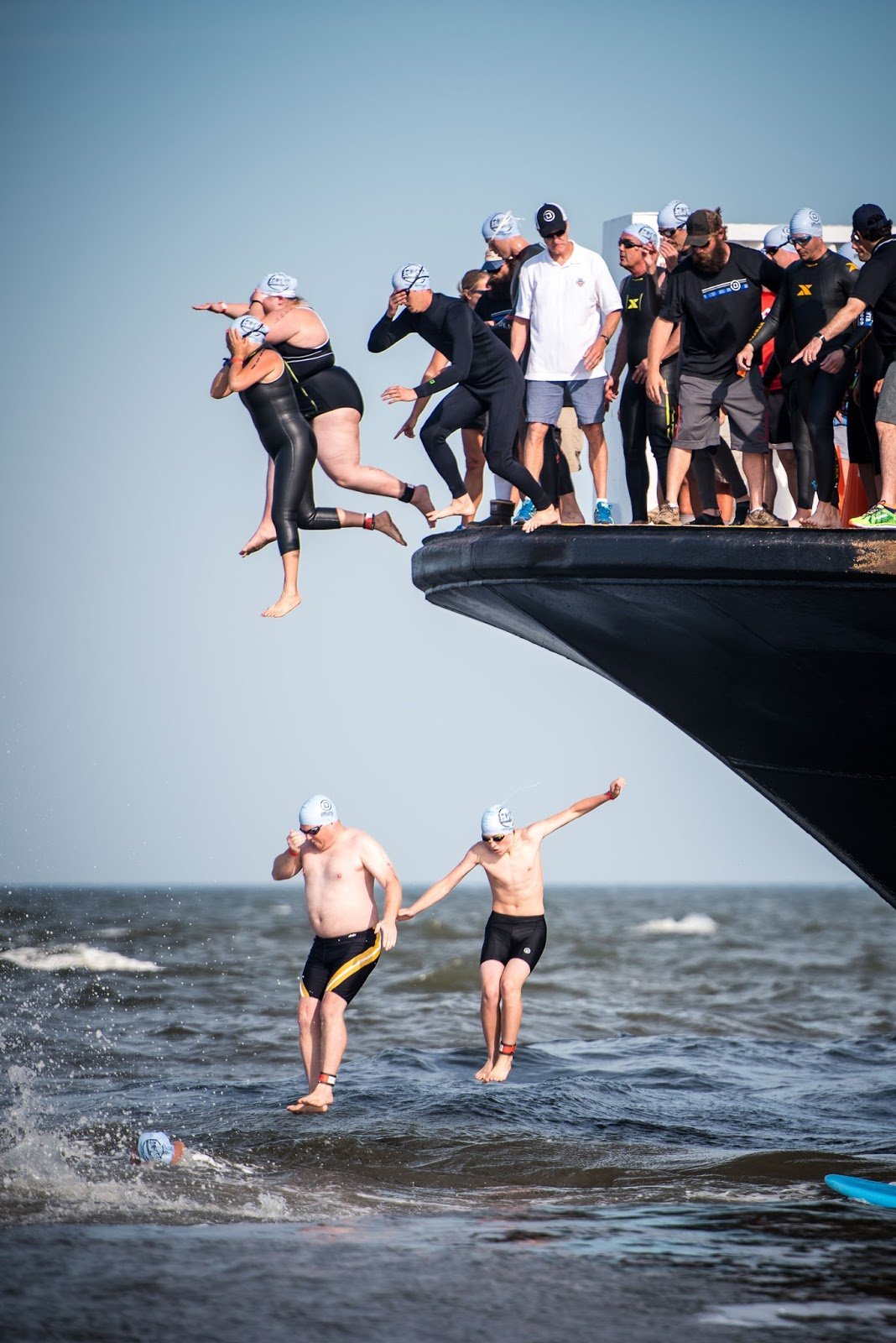 There are open water swimming courses of all kinds.

In general, the courses can be defined as follows where the start and finish can either be in the water or on land:

* A geometric course is a course with triangular, rectangular or any other multi-sided shapes. It can have a start and finish at the same point, but not always.

* A circumnavigation course is a circular round-trip course around an island. It is also referred to as a circumnatation.

* A loop course is a course of any geometric shape (e.g., circular, triangular or rectangular) that generally starts and finishes at the same point, but it can also have start and finish at different points on the opposite sides of a peninsula, pier, jetty or coastal outcropping.

* A ship-to-shore course is a course that begins on a ship or boat or other type of marine vessel and finishs on a nearby shoreline. It is also referred to as a point-to-point course.

* A point-to-point course is a course where the start and finish are at two separate points that can be on land or in the water at a fixed position. It is also referred to as a linear course, a pier-to-pier course or P2P course.

* An out-and-back course is a course that starts onshore, heads out to a point away from shore in a bay, ocean, sea, lake or estuary, and then returns back to the finish at the same point where the swim started.

* A bank-to-bank course is a course that starts on one bank (of a river or shore) and finishes on the opposite or other bank.

* An island-to-island course is a point-to-point course from one island to another.

* An offshore course is a course where a majority or all of the swim is located offshore, a distance away from a continent or mainland.

* A coastal course is a course where most of the course is located along a coast or shoreline.

* A transoceanic course is an assisted stage swim or relay across one of the world’s oceans, either a transpacific course or a transatlantic course.

* A stage course is one leg of a stage swim that consists of a number of swims held on consecutive days where the start of one leg begins at the end of the swim on the previous day.

* An upstream or upriver course is a course, generally a point-to-point course, but also occasionally a loop course, that is swum downstream in a river, canal or other moving body of water. Its opposite and much more common alternative is a downstream or downriver course.