Swimming From Spring To September In Scilly 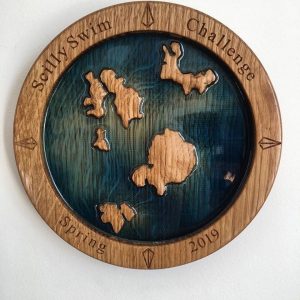 Swimming From Spring To September In Scilly

Courtesy of WOWSA, St. Mary’s, Isles of Scilly. The Scilly Swim Challenge is a series of island-to-island open water swims held in the Isles of Scilly, Cornwall, England. Mark Richards described his experience, “A huge well done to all of the amazing crew who I swam with on the Scilly Spring Challenge. [It included] 15 km of swimming and about 10 km of walking with 20 like-minded (i.e slightly loopy) and very fabulous characters. This is a stunning place and I highly recommend this event to adventurous types everywhere. The world class support crew guide you safely through the most amazing journey. We were so lucky to experience it. Memories to last a lifetime include the cold, smooth water, superhero skins swimmers, huge camaraderie, positivity and bravery of those outside of their comfort zone, and the sulphur smell of rotting seaweed on Samson.” He also created the artwork awarded at the event.  His company, Mark Richards Wave Art, creates similar awards for the Scilly 360 Swim, part of the growing Scilly Swim Challenge created by Dewi Winkle, a Yorkshireman, and Nick Lishman, a Scillonian. 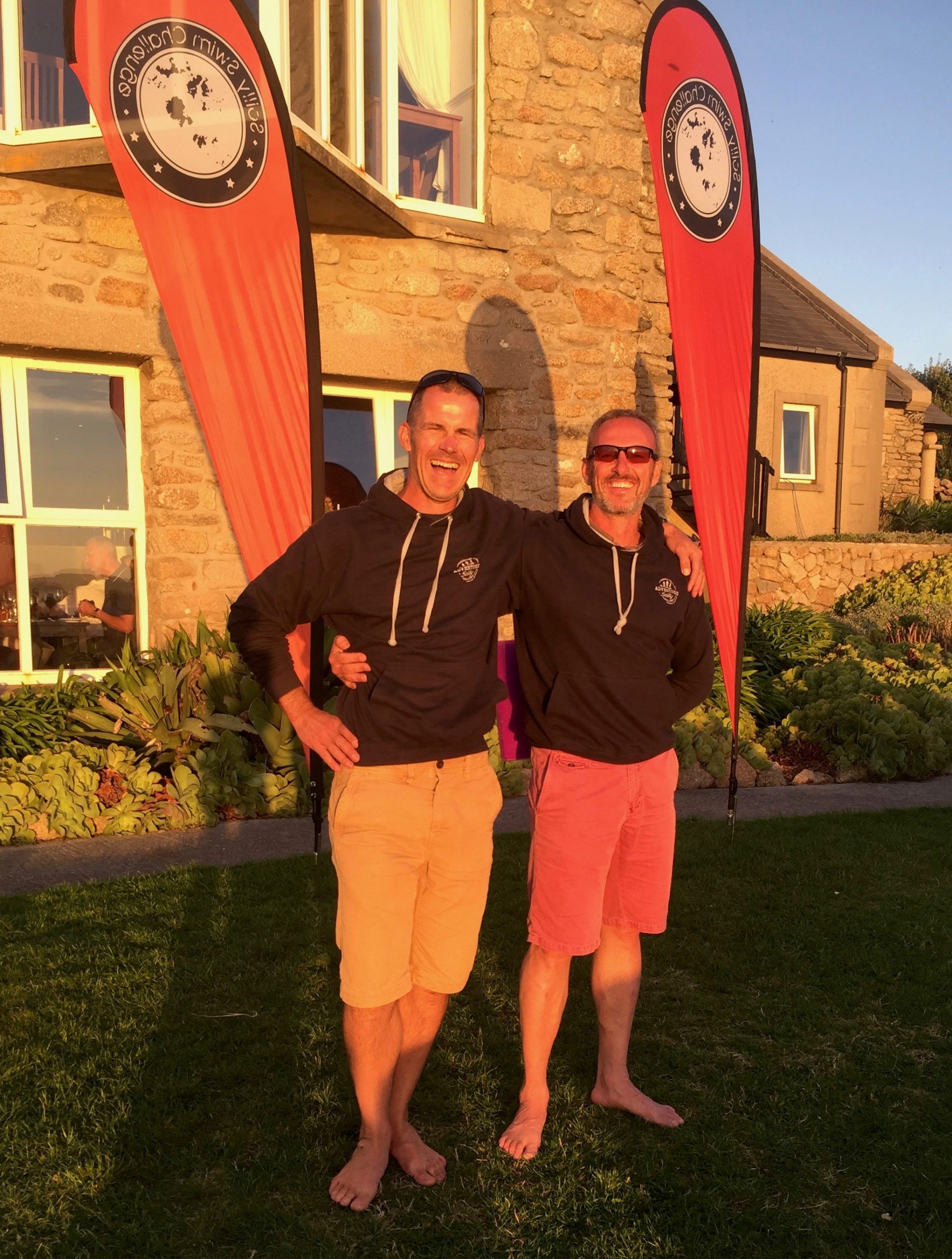 Winkle and Lishman [on left] started out serving the open water swimming community as swim guides in Isles of Scilly, but they have expanded the Scilly Swim Challenge in St. Mary’s that is currently bringing over 1000 swimmers to the islands. St Mary’s is the largest island of the Isles of Scilly, an archipelago off the southwest coast of Cornwall.  Winkle explains, “The open water swimming events are held in the cold sea amid the backdrop of the beautiful islands and frequently changing, challenging conditions. The main focus of the Challenge events is on a non-competitive swim journey as a group from one island to another in varied open water conditions. The goal of the non-race is to get everyone around the course with expert safety cover in place.” Lishman describes the events.  “The One Day Scilly Swim Challenge is a 15 km 6-stage swim over 1 day held in September.  The Two Day Scilly Swim Challenge is a 15 km 6-stage swim held over 2 days held in September, a slightly more leisurely version of the one-day event.  The Spring Scilly Swim Challenge is a 1-day journey, set with an extra element to the challenge in the cold sea of spring.  We also conduct the Kvarner Swim Challenge, a 20+ km open water swim from Cres island to the Kvarner mainland over 2 days in the Adriatic Sea in Croatia. 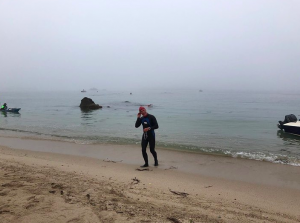