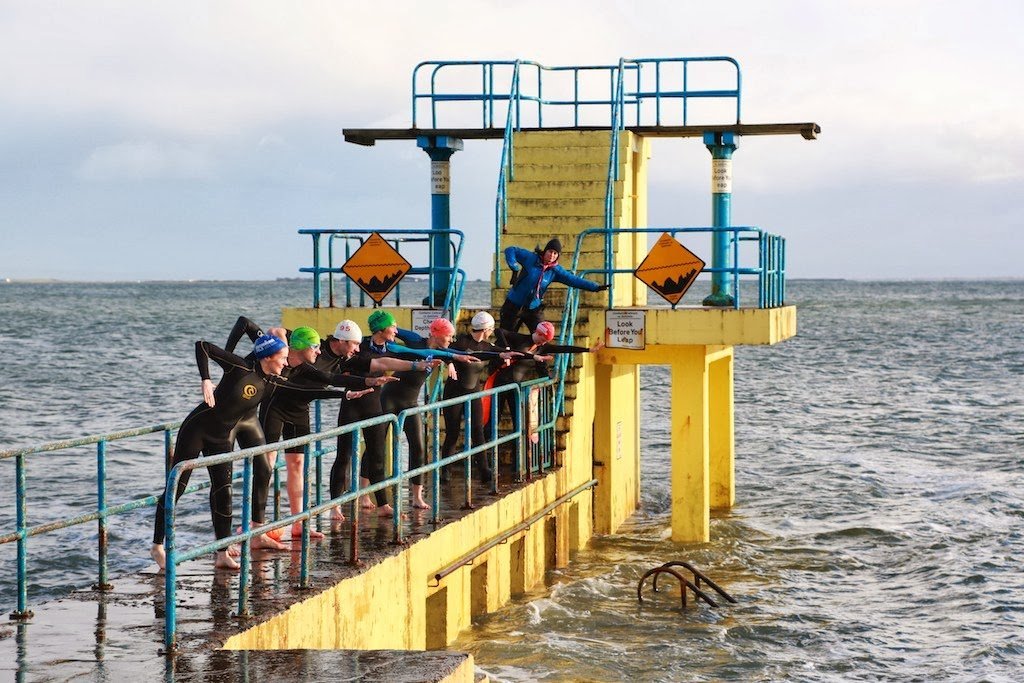 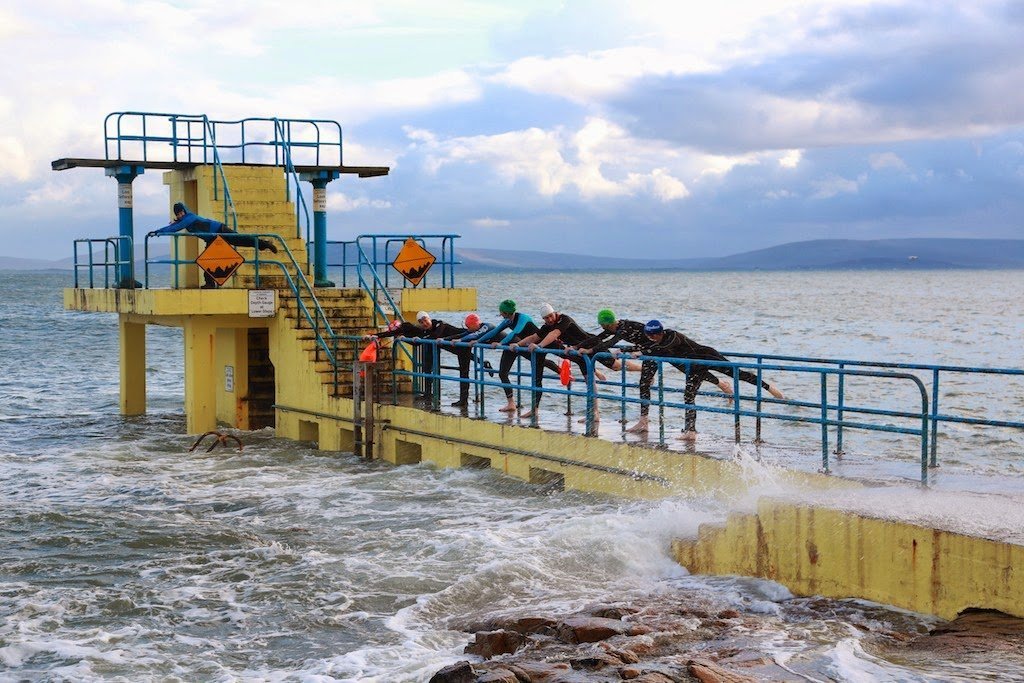 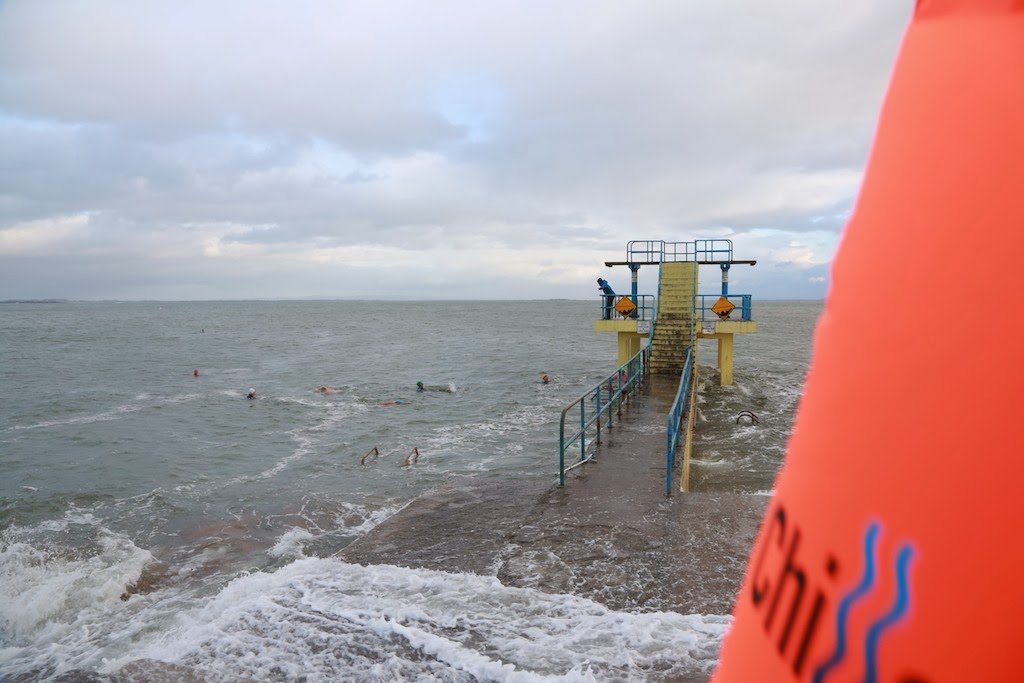 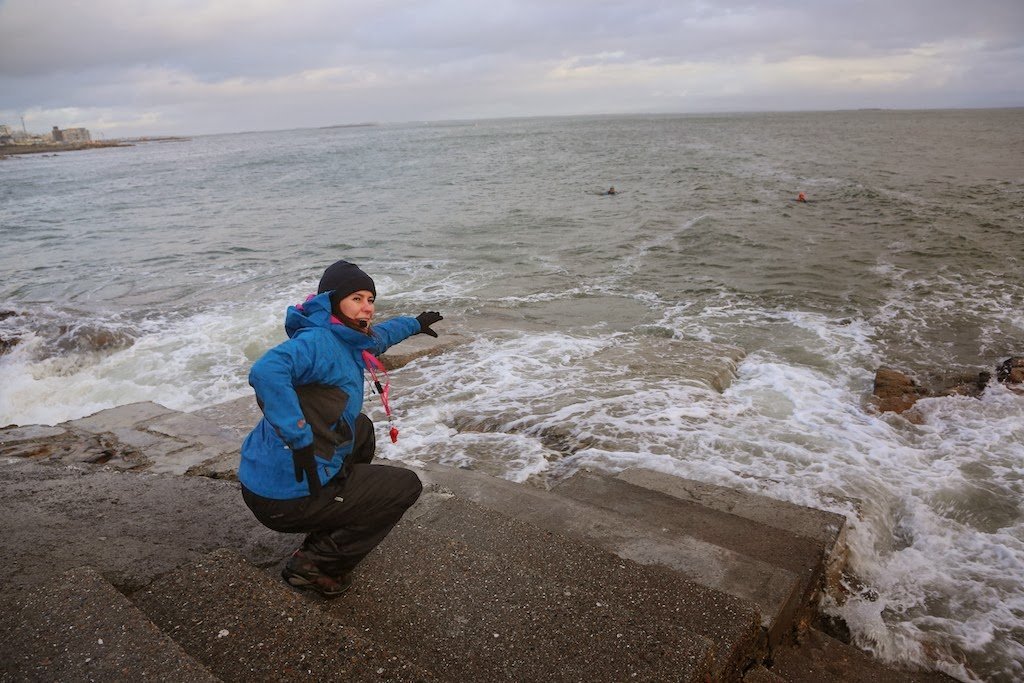 Walsh has served as a crew member for open water swims in the Atlantic Ocean and lakes and rivers around Ireland since 2006. She swam competitively up to national level in Ireland in school and college and currently coaches in open-air pool training and open water swimming events. She has worked in 2008, 2009 and 2013 seasons as an open water swimming guide for SwimTrek in open water venues in Croatia, Malta and Montenegro.

“These swimmers range greatly in both swim ability and experience, in pool and open water. The groups meet at the diving boards in Blackrock, Salthill, Galway, from March-April to October-November, and usually swim parallel to shore or triangular circuits. Despite rain and wind, with sea temps in November of 10-14ºC, it is a perfectly safe swim swim venue with no dangerous rips, currents or sharks. The local triathlon and men’s water polo clubs also sea swims. Several open water swim events start and finish here.”

She is enthusiastic and is anxious for others to join her and her swimmers and visit their swimming grounds.

“The Galway Bay Swim, a 13 km from Auginish, peninsula, Co. Clare across Galway Bay to Galway is July 2014,” she explains. “Registration opens in January 2014. Galway is a cultural, vibrant, coastal city with several swimming pools and lots of summer festivals.”

After 8 successful editions, the marathon swim in Galway Bay from Auginish in Co. Clare to Blackrock Diving Tower in Salthill has raised a cumulative total of over €400,000.