Swimming In The Heart Of The Amazon 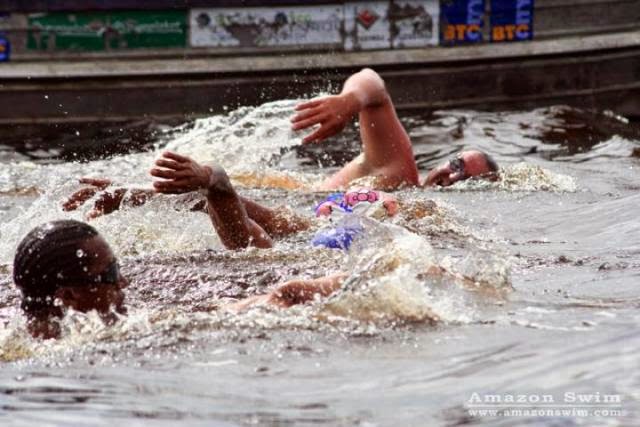 A small, but quickly emerging group of open water swimmers are located in Manaus in northern Brazil.

Manaus is the capital of the state of Amazonas where there are 3 rivers converge: the Amazon, Rio Negro and Rio Solimões with a passionate team of young and masters open water swimmers.

With a population of two million, it is the most populous city of Amazonas located in the middle of the Amazon rainforest. Known as the Heart of the Amazon and City of the Forest, Manaus is 1,450 km inland from the Atlantic Ocean.