Swimming In The Persian Gulf 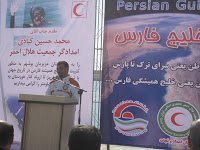 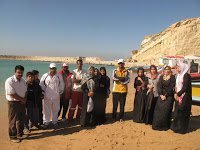 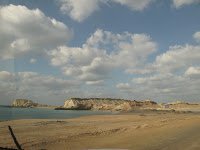 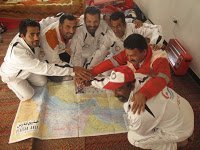 The overcast skies and jellyfish of the North Channel.

The Great White Sharks and gray tidal harshness of the Farallon Islands.

The bioluminescense and stillness of night swimming in the Catalina Channel.

The massive rush at the start of the Midmar Mile, Great North Swim and Waikiki Roughwater Swim.

The stark cold of the Cadiz Freedom Swim and Alcatraz Swims.

The series excitement of the New Zealand Ocean Swims and King & Queen of the Swim.

The pageantry of the Olympic Marathon Swimming 10km.

These images and competitions are all familiar to fans of the open water swimming world.

But swimming in Tunisia, Dubai and the Persian Gulf are much less familiar to those in the Northern and Southern Hemispheres.

The daily challenges faced by Nejib Belhedi, swimming 1400K along the coastline of Tunisia, the 7-day euphoric misery of Scott Ragsdale doing 7 triathlons in a row, and the 100-day 1000K stage swim of Mohammad Kobadi in the Persian Gulf are endurance exploits in less familiar open water swimming venues in the world.

Mohammad Kobadi and his support team in the Parsian and Asaloyeh areas are shown on left, giving you an idea of open water swimming ambiance and supporters in his part of the world.