Swimming In Samoa With A Selfless Star 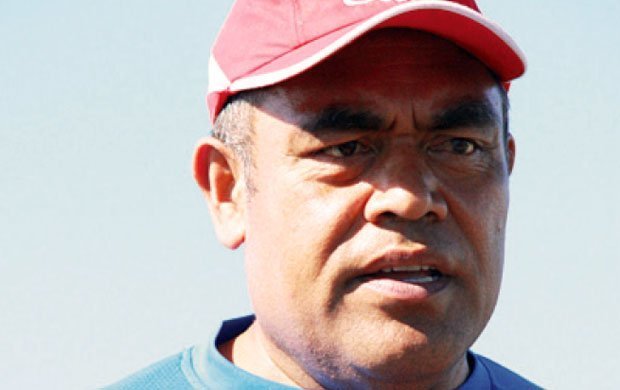 Photo of Seti Afoa courtesy of the Samoa Observer.

Seti Afoa is building quite a legacy with his organization and promotion of competitive open water swims in his native Samoa. He is laying the foundation for a bright future, but it is built on layers of passion and countless hours of dedication and hard work.

Afoa talks about the work he has done:

Daily News of Open Water Swimming: When did you start organizing your first events and open water swims?

Seti Afoa: It began in 2011 when I brought over to Samoa a group of 22 friends for a swim holiday. I was living in New Zealand then. Then in 2012 I moved to Samoa to start the Samoa Swim Series.

Daily News of Open Water Swimming: What is your motivation to organize these events?

Seti Afoa: First on the list is tourism; that is, showcasing the beauty of Samoa and bringing into the country new visitors who would otherwise not think of coming here. Secondly, is the immense amount of personal relationships that take place in the swims, not just between me and the swimmers, but among each other. There is a magic that takes place on our swim events and everyone feels it. This is why I have a high rate of return visitors each year.

Daily News of Open Water Swimming: Is the number of participants growing year by year?

Seti Afoa: It is increasing in total over all our events. In the marquee Samoa Swim Series, the number reaches 140 which is about the maximum.

Daily News of Open Water Swimming: How many local swimmers and how many non-Samoan swimmers take part in your events, on average?

Seti Afoa: There are about 30 local swimmers in the swims; they are not included in the numbers above.

Daily News of Open Water Swimming: Who works as your safety personnel in the events? Did you have to teach/coach them?

Seti Afoa: My Safety and Swim Director is Mike Cochrane, himself a legend of Down Under swimming. Mike currently holds the record for FOSS tally Down Under with 305 km racing in a year. He’s a friend of mine from New Zealand who I first met when he came to his first Samoa Swim Series in 2013.

Daily News of Open Water Swimming: What are some of your dreams or goals in the future for your events?

Seti Afoa: In the very long run, I would like Samoa Swims to continue long after I am not here anymore or cannot carry on. I’m a staff of one. I do everything including the website management and entries, run races, marketing, sponsorship, etc., etc. This is not sustainable and I would like it to be. Simply, I cannot afford a staff member or have the support from the government and tourism to grow Samoa Swims in the way I would like to. Secondly, to consolidate the other swims, Five Islands, Apolima Strait.

You will notice that some of my events start off with a sole participant or very few, if I believe there is a future for the event (e.g., The Tour of Samoa (Cycling) started with 1 rider first year, 14 in second year and 27 in third year. Similarly Five Islands Challenge started with 3 swimmers three years ago. We are going to have 20 or so next year, already booked. The Samoa Swim Series started with 22 swimmers and now has over 100 participants each year.


Daily News of Open Water Swimming: What are some of your dreams or goals in the future for the local swimmers?

Seti Afoa: Our local swimmers fit into two categories. There is a strong programme towards national representation in the Olympic pathway. That is pool-based and is well established. It is also an elite sport and is not accessible to 99% of Samoans because the pool is in Apia, away from the villages. I am not involved in that side of things.

My focus is open water swimming. I would like very much for Samoa to develop a fearless approach to swimming in the ocean from Samoans.

Samoa was a nation of swimmers once upon a time in our history.

As a population, we are [now] afraid of the sea. People do not swim because they are afraid of the water. Developing open water swimming for me means introducing Samoans in the villages to the biggest swimming pool there is: the lagoons in their front yards. We have a programme in one of the villages right now, where training takes place in the lagoon. There are 20-30 youngsters involved in that programme, four of them swam their very first 10 km marathon swim in the Pacific Open Water Challenge in August, a few months ago. My next goal is to see one of the local swimmers take on Apolima Strait solo – thereby setting the example for other Samoan youngsters.


Daily News of Open Water Swimming: Do you have many younger (age-group) swimmers or older (masters) swimmers participating in your events?

Seti Afoa: Yes – children from the village programme swim in the Samoa Swim Series and other local races. The masters group train with me twice a week on Tuesday and Thursday. That is in the lagoon in Apia.

Daily News of Open Water Swimming: What kinds of awards do you offer for your winners? Are the awards (e.g., trophies) based on local traditions?

Seti Afoa: The award for the Apolima Strait Swim is Savai’i Citizenship for solo swimmers. It is a token award for courage and will to challenge yourself to finish. Savai’i is a big island, a mythical place where Polynesia originated from (Savai’i/Hawai’i).

In addition to the cultural awards, there is a lot of culture that goes on with the marquee Samoa Swim Series event. We open with the Prime Minister and a parade behind the police band through town. There are the school visits and the Traditional Island Prize Giving night which is another highlight.

The awards for the winners at the Five Islands Challenge is the Islander Award and carved individual medals and trophies.


Daily News of Open Water Swimming: Do you do anything in your events that are based on Samoan history or tradition or culture?

Seti Afoa: The names of some of my events are aligned with our culture. The Warrior Race is the Half-Ironman event. Sau’ai Savai’i is a 3/4 Ironman. Sau’ai is the mythical giant that lived on Savai’i and was fearless. Savai’i Citizenship for the Apolima Strait Swim is referenced to the Legend of Savai’i. The Legends’ Dinner in Auckland honoured all the swimmers from the Apolima Strait Swim.

There are more swim videos from Samoa on Afoa’s YouTube Channel where he is the commentator.

For developing these open water swimming opportunities to his part of the world, Afoa is nominated for the 2016 World Open Water Swimming Man of the Year among his fellow nominees: