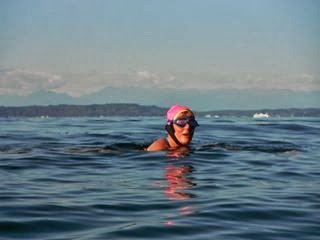 Chuck Kroll of Vintage Aquatic Design is an aquatic historian based in Seattle, Washington. Included in his “Antique Aquatic Americana” collection is the ‘World’s Hotist/Coolist Sun Tan/Burn Collection,’ and an amazingly large archive of images and history of the American Lifeguard.

Kroll created the Lake Washington Lifeguard Challenge Cup in 1986 and wrote a book on the History of Life Guards & Lifesaving in America. After 25 years of collecting, Kroll has over 14,000 items including a library of over 1,400 volumes.

His talents and interests are diverse. Kroll created NIKE Swim as a consultant for JANTZEN, inspired the Duel In The Pool, exhibited at the International Swimming Hall of Fame History Symposium and Film Festival, founded the Northwest Chapter of the United States Lifesaving Association, and is working on creating a Historium in Seattle, Washington to promote aquatic disciplines from sports and recreation to water safety and entertainment.

At the first Say Yes! to Life Swims award ceremony on December 6th, Kroll will be the featured guest speaker. The world-renowned Aquatic Historian will talk about old pools in Seattle and historic open water swimming in the area.