Swimming In Spite Of The Devil 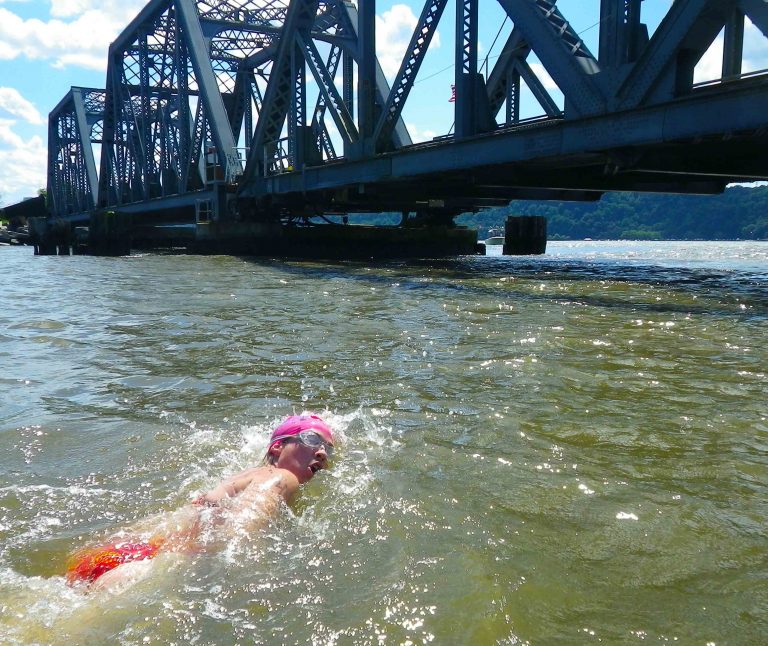 Not only is the New York Open Water team organizes a new circumnavigation swim around Manhattan Island (see the 20 Bridges Circumnavigation Swim of Manhattan ), but race directors David Barra, Rondi Davies, and Alex Arévalo also are adding a new marathon swim on their calendar.

Starting at Yonkers and finishing in Manhattan, the current assisted route takes swimmers through tumultuous and storied Spuyten Duyvil, where the Harlem River meets the Hudson River.

The name Spuyten Duyvil or “spite of the devil” originates from 17th Century Dutch settlers and either refers to a messenger who lost his life trying to swim the turbulent waters of Spuyten Duyvil Creek, or a gushing fountain of fresh water called the Devil’s Spout or Spitting Devil.

It remains to be seen if the inaugural September 11th race will be similarly turbulent.

“Swimmers enter the water from the kayak dock at the north end of JFK marina in groups of 10 to 30,” explains Barra. “The start will take place in the water in waves that are several minutes apart. Swimmers will head west for a short distance, then make a turn around a buoy and head south swimming parallel to the eastern shore of the Hudson River for 10 km. At La Marina, swimmers make a left turn around a final buoy and exit the water via a boat ramp. The current will assist swimmers at approximately 1-mile per hour. Swim angels are available.”