Swimming Is An Adventure 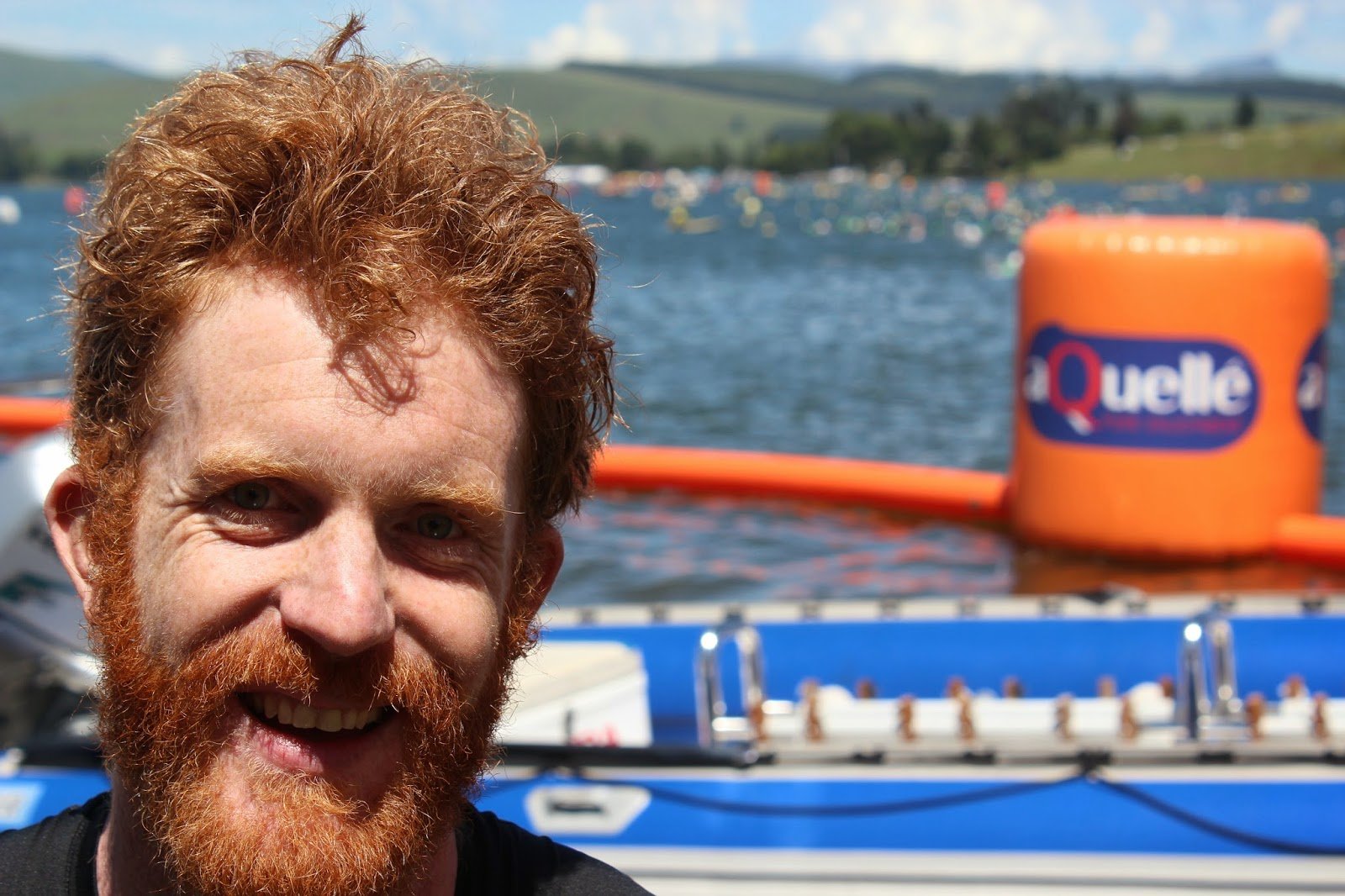 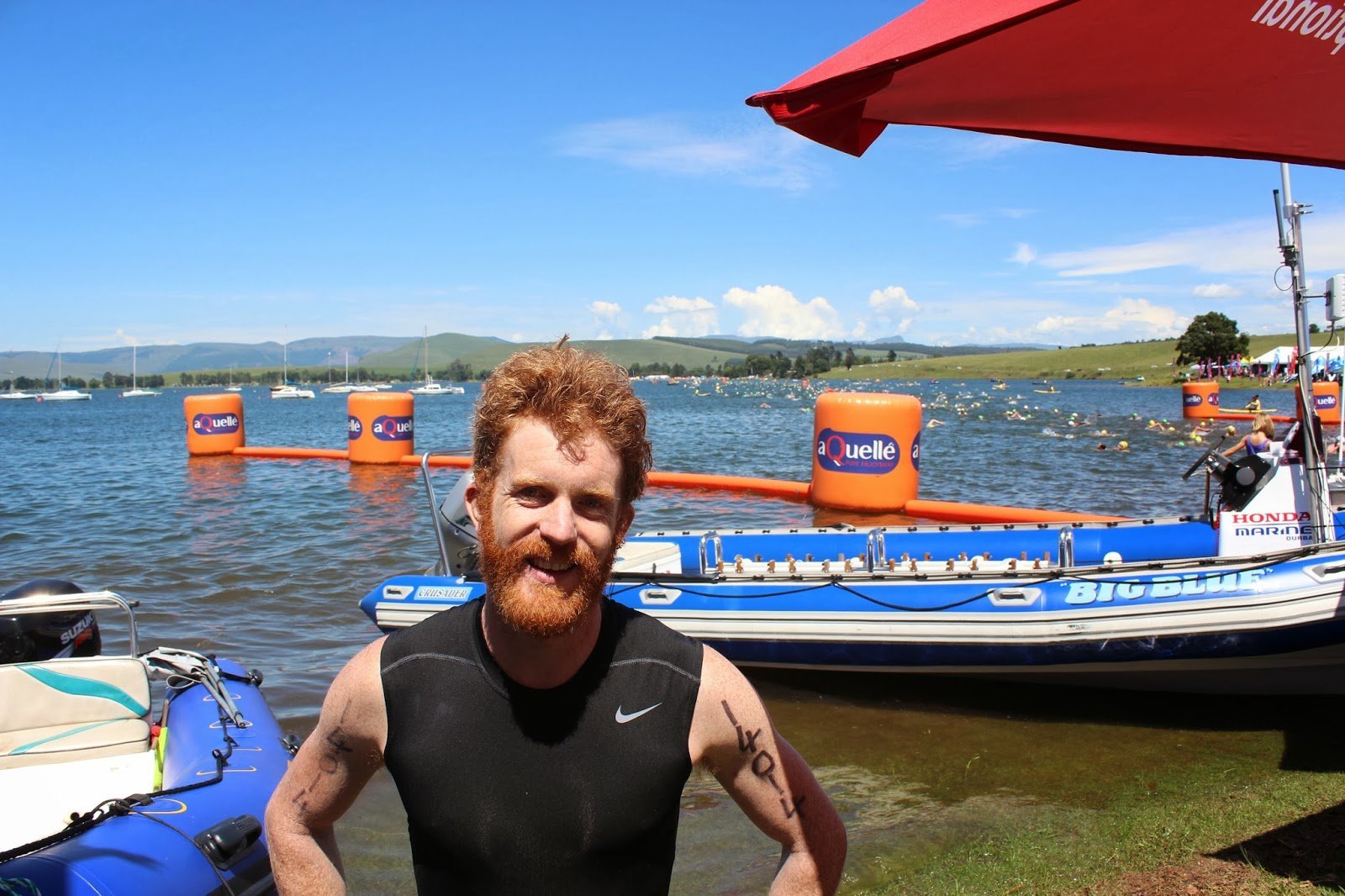 Sean Conway did a relatively simple charity swim with the 8-mile Charity Club at the aQuellé Midmar Mile in South Africa this weekend. It was fun, he was smiling and the weather was great.

Very unlike his adventure swim along the length of Great Britain that took him 135 days in total, including 45 non-swimming days due to weather or logistics.

“I had to swim 3 miles off the coast because of the strong eddies that would have made swimming impossible,” explained the 32-year-old who swam twice a day, along with favorable tides, for much of the swim except towards the end when he scaled back his schedule once per day.

“Throughout the headlands, we faced winds and tides and lots of jellyfish, specifically the Lion’s Mane jellyfish. I actually grew my beard in order to shield my face against the jellyfish.”

But there were other obstacles and difficulties. “My crew – there were 4 of us – and I used a small boat and it was tough after the adrenalin runs out after about two weeks. I took a total of 8 showers over 4 months when the water temperature dropped from 11-12°C to 5-6°C. I wore a wetsuit and booties, but my feet were still white after each swim it was so cold. I dropped from 68 kg to 60 kg over the course of the swim and water started to leak into my wetsuit because my body was shrinking.”

While his crew was small and he was swimming solo, he was not alone. “The support on Facebook and Twitter were amazing. They were great supporters. With British Expedition, I had a 3G connection all the time.”

The explorer put the first swim along the entire coast of Great Britain into perspective, relative to his continental runs and bike rides. “Oh, this swim was by far the hardest thing that I have ever done. I was not only physically demanding, but the logistics were difficult. When you are the first to do something, we were just making things up as we went along. I had port masters tell me not to swim in their area [of responsibility]. ‘No one is doing to die on my watch,’ they said. But it was a real adventure.”

Photo of Sean Conway at the aQuellé Midmar Mile.