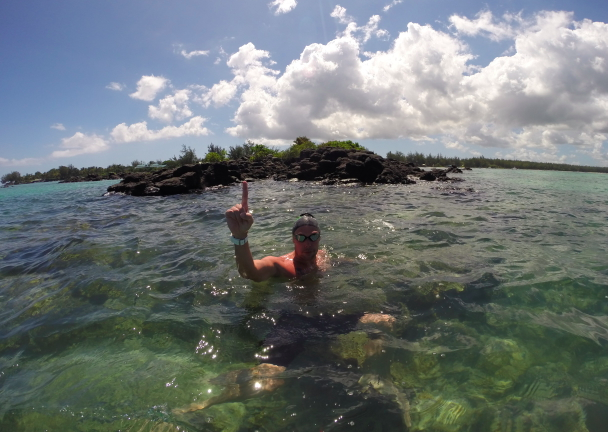 Kyle Main has been winning in the open water for a long time.

From winning four straight SPAR Redhouse River Miles between 1998 and 2001 to pioneering a number of swims in Mauritius, the South African coach from Port Elizabeth has been making waves for a long time.

In December 2017, Main will attempt a 22 km swim from Ko Yao Yai, one of the largest islands off the Thailand coast, to Phi Phi Island in the Andaman Sea.

Main estimates that his crossing between Ko Yao Yai and Phi Phi, two of Thailand’s famous islands, will take between four and five hours. “From what I hear one can take a one and half hour longtail boat ride between the islands – but it is not nearly as scenic,” Main jokes.

In addition to completing a Rottnest Channel Swim and Strait of Gibraltar crossing, Main pioneered a 21 km crossing from Flat Island to Grand Baie in 4+ hours and then completed a 20 km swim from Serpent Island to Flat Island a few days after.

Ko Yao Yai (population 8,000) is the largest island in the Ko Yao Archipelago that is positioned north of the Straits of Malacca where 25% of the world’s traded goods are carried in the waters between the Malay Peninsula and the Indonesian island of Sumatra. Main understand that he will be swimming in one of the most congested shipping lanes in the world. “Ko Yao Yai is on the northern most tip of the Strait, so I don’t expect too much big shipping. The big issue is going to be dealing with strong currents and chop that surround these islands.”

Main will depart from his Port Elizabeth training base. His swim will be determined by the conditions and tides.