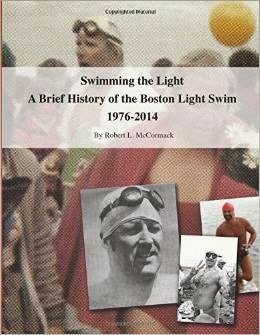 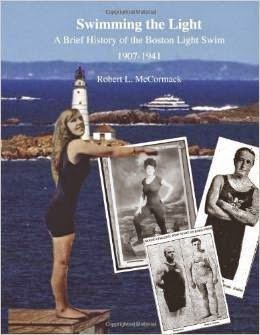 After actively participating in ocean swims between the ages of 26 and 41, he retired and later resumed his ocean swimming career in 2002 at the age of 64. Between traveling and training to compete in over 40 ocean swims, he has been busy writing a series of open water swimming books.

His participation in the Boston Light Swim ignited additional creativity and more wordsmithing.

Over the last year, he has penned the first 2 paperback editions of Swimming the Light:

The first edition of the Swimming the Light series covers the era between 1907 and 1941 as it describes the early aspirations of first ocean swimmers who dreamed of Swimming the Light. The 12-mile route chosen by these early adventurers went from the bridges in Charlestown to the Boston Light on Little Brewster Island in the outer Boston Harbor. In 1907, a Boston Light Swim Race was inaugurated. After the race in 1941, the event was shut down for the duration of the war.

The sequel covers the era between 1976 and 2014, and includes the names of the swimmers, dates, times, and conditions of each swim. It includes anecdotes of several Boston Light swimmers over the last century of swimming including silent film star Annette Kellerman and English Channel swimmmers Marcy MacDonald and Peter Jurzynski.

It is a must-read for all active and aspiring ocean and marathon swimmers, and readers who are simply interested in the remarkable exploits of those who swim long distances in the sea.