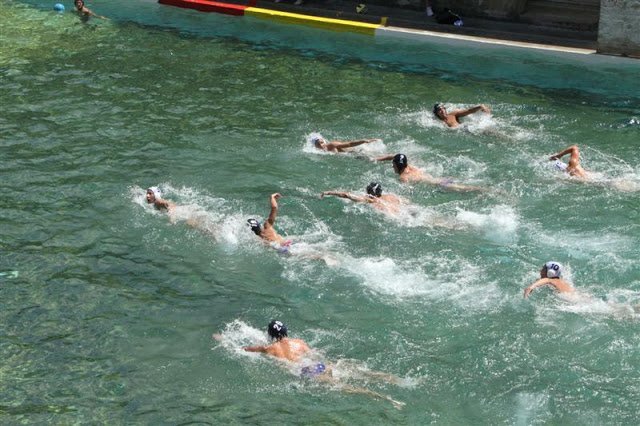 The Egri Vízilabda Klub, one of the most powerful water polo teams in Hungary, has about the closest thing to the open water that a competition pool can get.

With a rock bottom, the pool gives the appearance of swimming within and above nature. In addition to the pool that hosts some of the best water polo players on the planet, the Klub also has another pool with sulfur that is supplied by the fresh water spring. Both built in 1925, the facility is steeped in history.

“It is meant to relax your muscles after practice,” says visiting American player Skyler Munatones. “Everybody goes in the pool filled with natural mineral water before and after the games. The water is first pumped into a Jacuzzi pool, then later moved into the main competition pool. It smells different because of the sulfur in the water, but you get use to it. They say that the rocks on the bottom of the pool heat up the pool because of the absorption of the heat from the sun.”