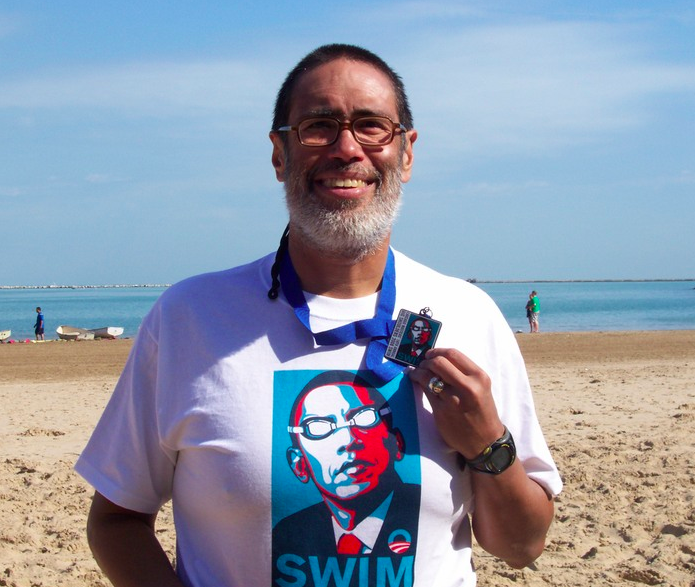 The Big Shoulders 5K race directors caused quite a stir in 2008 with their event t-shirts and medals with the likeness of President Obama.

Unlike Hurricane Hanna’s cancellation of the Brooklyn Bridge Swim, Hurricane Gustav only caused a water temperature drop at the 2008 Big Shoulders Swims.

Under a gorgeous fall morning, 410 swimmers completed the 5 km swim and 193 swimmers entered the 2.5 km race in Lake Michigan.

Although Hurricane Gustav lowered the water temperature by 10°F in Lake Michigan, the lakefront was relatively calm on race day. Northwestern University’s Eric Nilsson showcased his stamina and won the 5 km in 56:38, followed by Washington D.C.’s Steuart Martens at 57:21, and Mike Alexandrov at 57:24.

For more information on the largest race in the American Midwest, visit here.