Swimming On The Edge 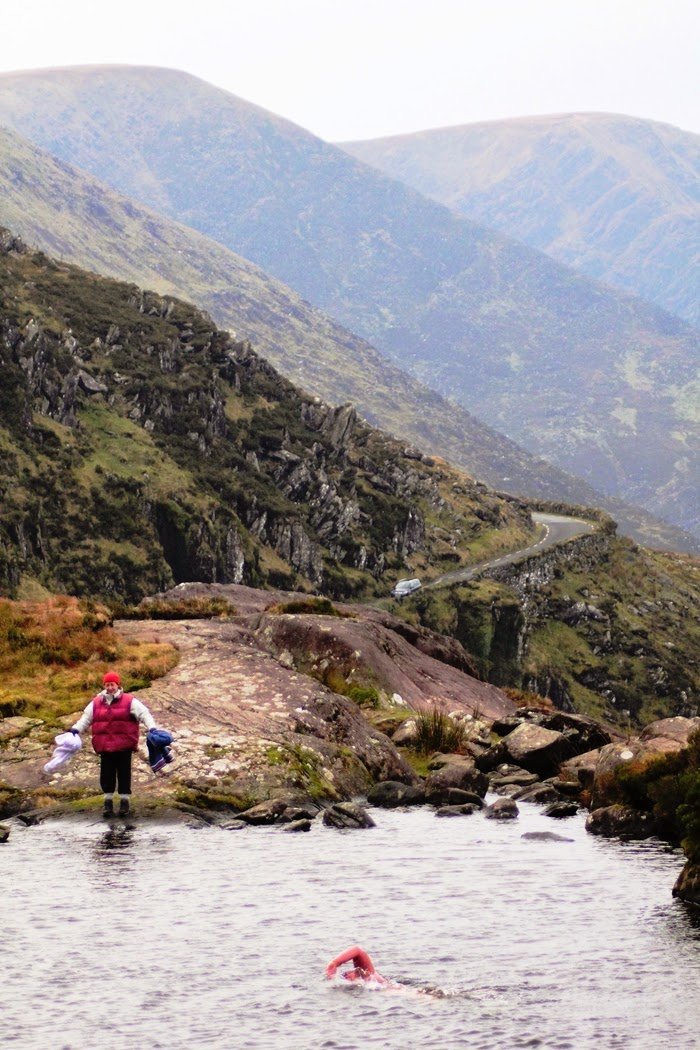 Up 450m in Pedlar’s Lake along the Connor Pass near Dingle, Ireland, swimming in the ice-cold lake water looks almost treacherous as Nuala Moore does some on-the-edge hardening training in southwestern Ireland.

“Peddlers is one of these gems nestled in the mountains only 4 miles from my house,” said Moore who was swimming amid -6°C air temperature. “It’s a kinda taboo lake from when we were kids. We were always warned of it being bottomless. It’s glacier formed.“

She warns about other potential issues of the lake. “I never go to the back of the lake about 200m in because the fog can drop quickly and orientation is impossible in a lake to find the outside. Lakes have no emotion where as you can feel your direction in the sea with wave patterns if you can’t see. The water of a lake whips in every direction at the same time.”

Photo also shows Frances Lynch (holding the towel) who swam at 0.8°C for the first time in Murmansk [Russia].